Who Needs A Real Meal When You Have Thanksgiving-Flavored Pringles? 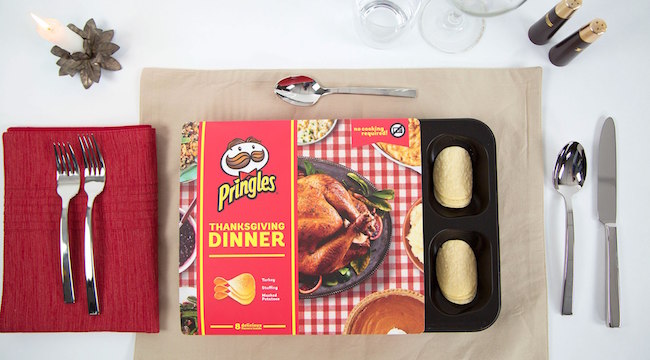 As far as I’m concerned, Thanksgiving is the most overrated holiday in existence. You have to travel at the same time as every single person in the country, and instead of getting presents for your troubles, you’re treated to inevitably overcooked turkey, some ungodly canned creation masquerading as cranberry sauce, and an argument with an extended family member who seems to think Hillary Clinton was elected president.

Sure, there’s a chance you’ll drunkenly hook up with someone from high school after running into each other at the only place in town open after 10 PM, but there’s an even bigger chance you won’t because both of you are staying at your parents’ house.

What if there was another option? What if, instead of spending the day slaving over a hot oven and trying to conceal how much you’re drinking from the rest of your family members, you could simply sit down and enjoy a full Thanksgiving meal without any of the hassles or mess involved? If any of that sounds appealing, I have some great news.

Yesterday, Pringles announced the introduction of a line of Thanksgiving-inspired flavors designed to imitate virtually every traditional dish imaginable. If you’ve ever wanted to consume an entire holiday meal in the form of a variety of dehydrated processed potatoes, this is your chance. 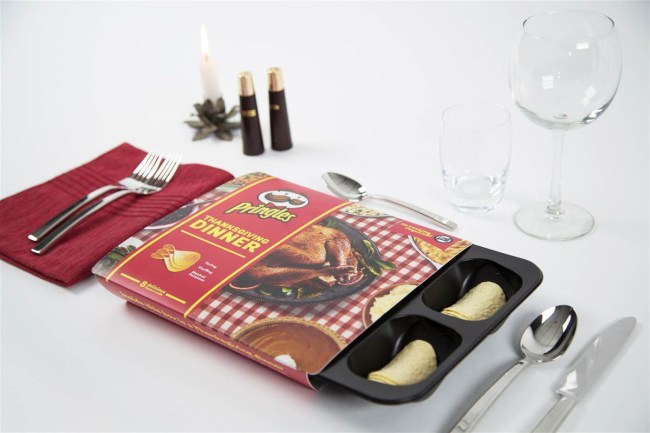 According to the press release:

Unfortunately, the flavors aren’t available for retail sale, so if you actually wanted to try this for some reason, you’re out of luck. I’m sorry for getting your hopes up.