#Whiskey Peaks
BroBible may earn a commission if you buy a product or service via links in this article.
by Cass AndersonAugust 7, 2022
Facebook Twitter Reddit Flipboard 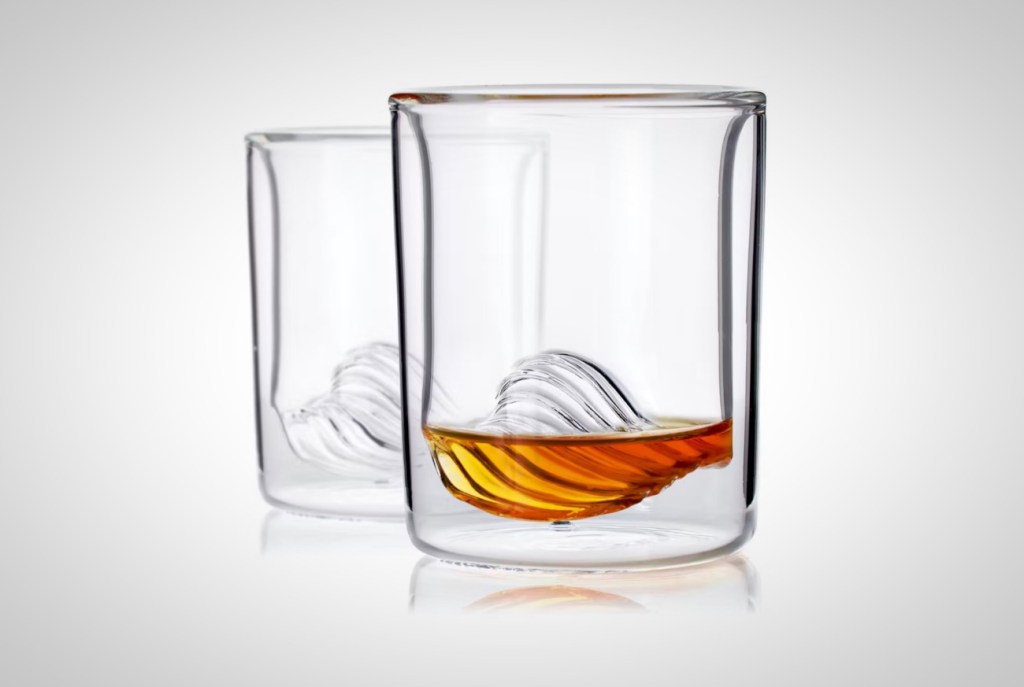 Drinking whiskey at home just got even better and more enjoyable thanks to the latest design from Whiskey Peaks. They’ve wowed millions of customers with their topographic rocks glasses featuring iconic mountain peaks but The Wave by Whiskey Peaks has the added advantage of also decanting your spirit of choice.

The natural shape of The Wave pattern opens the whiskey up as you swirl it around in the glass and it sloshes over the handblown glass like an actual wave drumming against a white sand beach. These glasses are sold in sets of two ($30) are were just released on Huckberry. 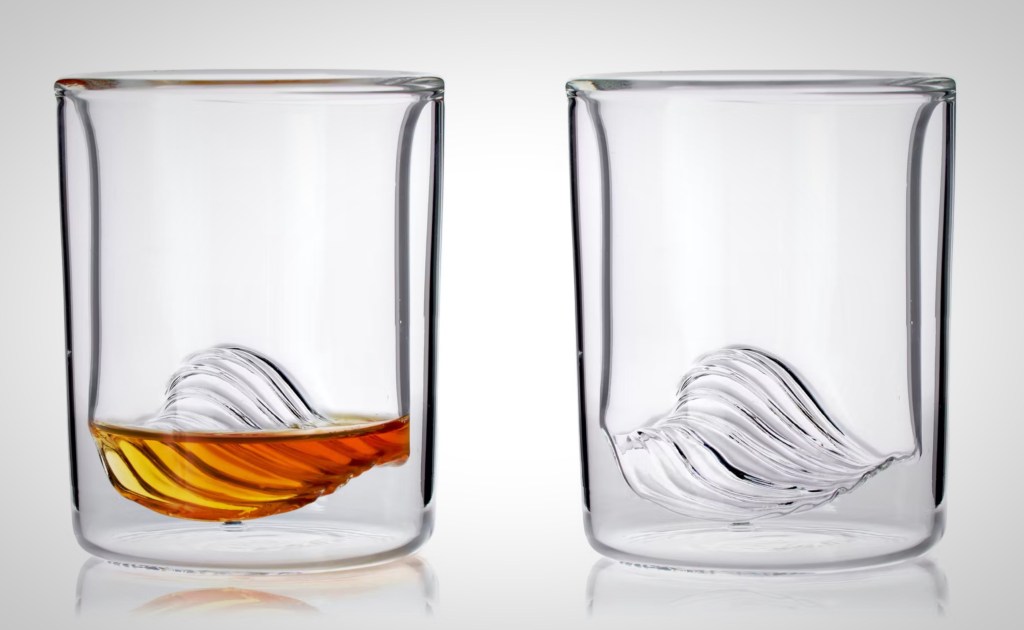 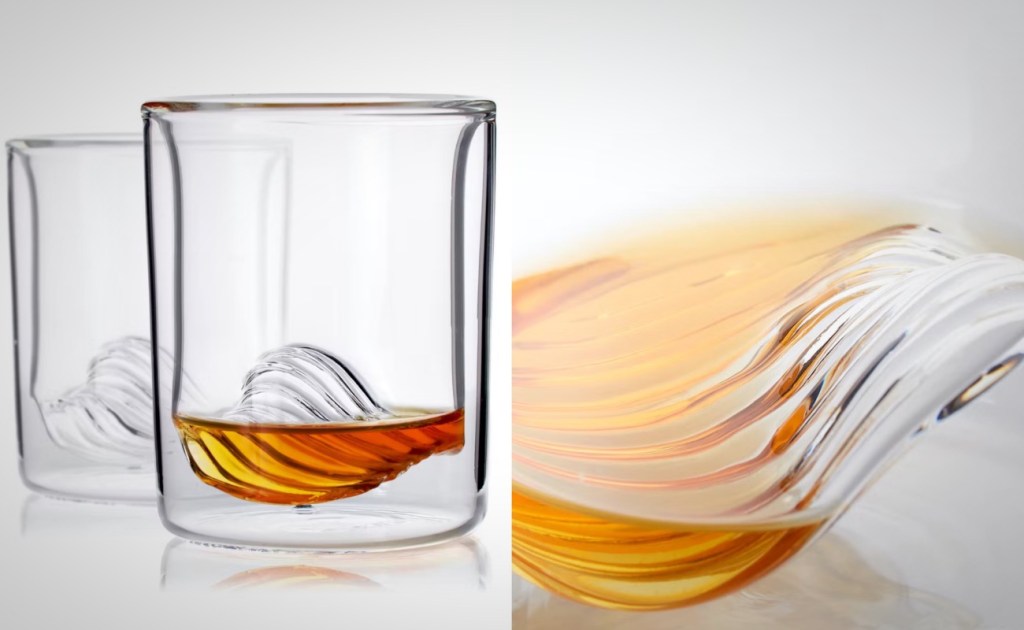 Full features of The Wave include:

If you want to pick up a set of tow today just follow that ‘shop’ button below or above and scoop the set over on Huckberry!