#Bad Boys For Life
BroBible may earn a commission if you buy a product or service via links in this article.
by Cass AndersonJanuary 13, 2020
Facebook Twitter Reddit Flipboard 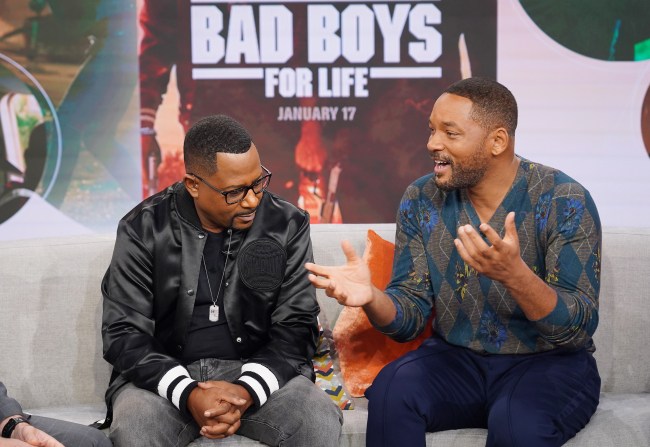 It’s official, the third Bad Boys film is upon us after years of waiting. Bad Boys For Life starring Will Smith and Martin Lawrence hits theaters on January 17th and the film’s two stars took time from their busy schedule to go ‘sneaker shopping’ with Joe La Puma at Stadium Goods in NYC.

It is hard to remember a time when Will Smith and Martin Lawrence weren’t A-List stars recognizable anywhere on the planet but it’s cool to hear them discuss the role that sneakers played in their lives when Will was just getting started as a rapper/actor and Martin was getting his Comedy career off the ground decades ago.

In the latest episode of Sneaker Shopping, they discuss sneaker collaborations, setting fashion trends using their wildly popular TV shows, and they talk about the footwear choices made in Bad Boys For Life. It’s pretty rare these days that I see an episode of Sneaker Shopping and actually get excited about it but this one’s great because we don’t often get to see these two together discussing life so candidly.

I know I say this every time I write about one of these Sneaker Shopping clips from Joe La Puma and Complex, but it consistently blows my mind how they go through the process of making these celebrities check out and pay for their shoes.

Martin hands over his credit card for the $8,432.37 total the whole time waiting for Money Bags Will Smith to foot the bill. Will’s estimated net worth is somewhere in the range of $350 million which makes Martin pick up the check even funnier.