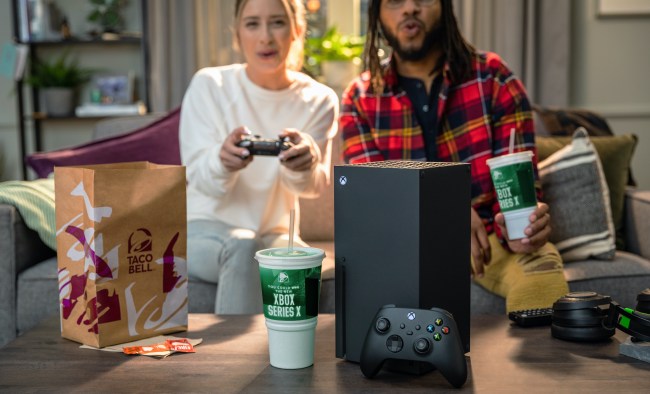 The day has finally arrived, my dudes. The next-generation Xbox Series X and the Xbox Series S consoles are officially available to the public as of November 10th and they’ve launched with 30 optimized games on Day One.

I was fortunate enough to get early access to a Taco Bell Xbox Series X bundle about two weeks ago and have been able to play my way through this next-gen offering and sample the new features. 20 of the optimized games available on Day One include Assassin’s Creed: Valhalla, Watch Dogs: Legion, Yakuza: Like a Dragon, Gears Tactics, and Tetris Effect: Connected. Using the Xbox app on my iPhone I was able to pop open the app and remotely download games to my console when I wasn’t home so I didn’t have to sit there and wait on a large download before playing and this is easily one of my favorite new features.

Likewise, they’ve made thousands of Xbox games across four generations of gameplay backward compatible and available via Smart Delivery so when you buy a game once you can play it across the various Xbox generations without problems. Additional cames coming before the end of the year include Call of Duty: Black Ops Cold War which will launch later this week, Cyberpunk 2077 (11/19) is set to launch next week, and The Medium is supposed to come out sometime next month (12/10).

Here’s your complete list of games that have been optimized for Xbox Series S/X upon today’s launch: 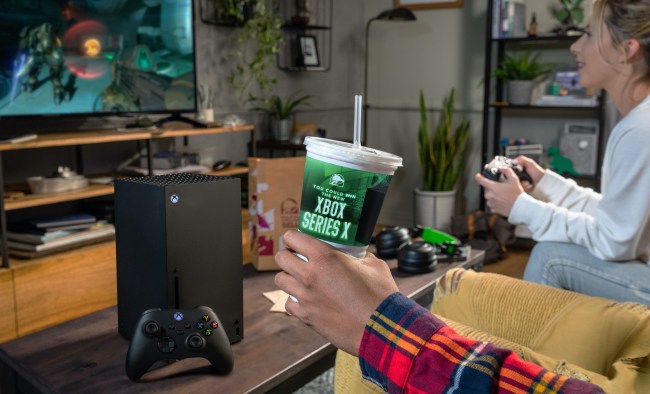 In terms of specs, I’ll speak to the Xbox Series X because that’s the console I was gifted in the Taco Bell bundle a few weeks ago for testing. It boasts 12 teraflops GPU power, Quick Resume which enables you to jump right back into exactly where you left off playing a game versus having to reboot everything, framerates up to 120fps, three airflow channels that keep it cool and quiet as the Series X runs, a split motherboard for even temperature control, 3D spatial sound, and a LOT more.

I’ve had a lot of my friends ask me why they should upgrade to the new Xbox Series X console and I’m having difficulty answering the question because there are a million different ways to answer the question. It offers MUCH better graphics, the custom SSD speeds up load time so fast that I’ve already forgotten what life was like with my Xbox One S, there’s a 1TB expansion port for anyone who needs to go beyond the 1TB SSD but with the ability to install/uninstall/reinstall games anytime you want and do so easily I personally don’t ever see myself needing that expansion port.

The new controller feels familiar but fresh. It has an updated ‘tap so share’ button, textured fingers for better grip which I desperately need while playing FIFA 21 because I seem to always lose my composure in a close game and slip on my old controller, the full circle hybrid D-pad enables you to bust out combos easier which comes in handy on the Mortal Kombat franchise which I revisited over the weekend and had forgotten how much I loved it. The Xbox Series X is also compatible with Xbox One accessories so you won’t have to purchase all new peripherals if you dont’ want to.

Another cool aspect of the new 4K resolution is your old games instantly get better. You can experience your older games at 60FPS because they’re no longer capped by the older system’s capabilities and they’ll look better than ever before.

Here’s a look at what’s inside the box:

If you’re ready to purchase the Xbox Series X you have a few options. You can choose a $34.99/month option which includes 24 Months of Xbox Game Pass Ultimate or you can purchase the console outright for $499.99 on the Xbox website or you can search for it on Amazon to see if it’s available. The smaller Xbox Series X can be purchased for $24.99/month with 24 months of Xbox Game Pass Ultimate or you can buy the console outright for $299, and you can also search for it on Amazon if you’re interested in that route. Full disclosure, we here at BroBible get a small % of sales through the Amazon affiliate program if you choose to go that route but we don’t take an affiliate % from any Xbox/Microsoft transactions in their store.