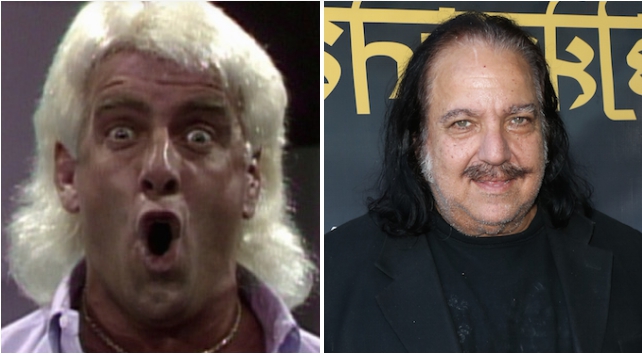 Yesterday, we brought you the news of Ric ‘The Nature Boy’ Flair claiming to have sex with roughly 10,000 women. During his illustrious wrestling career, the now 68-year-old has incessantly referred to his crotch rocket under the euphemism “Space Mountain,” claiming it was “oldest ride with the longest line.”

If Flair started boning at age 15, that would mean that 188 women per year would have to take a ride on Space Mountain, averaging out to 3.6 women a week. Not impossible, especially for someone like The Nature Boy, who is oozing with sex.

Ron Jeremy, who has reportedly sexed upwards of 5,000 women in his life, isn’t the only one who thinks Ric Flair is full of shit. Last year on the Ric Flair Show podcast, The Nature Boy made the claim that “several dozen” celebrities have taken a ride on Space Mountain, including Halle Berry. Berry flat-out denied this claim, going so far to say that she’s never even heard of him.

I choose to believe Flair is lowballing himself on the 10k count.