Strippers Are Flooding To Houston To Cash In On Thirsty Football Fans And They Are Expected To Make So. Much. Money. 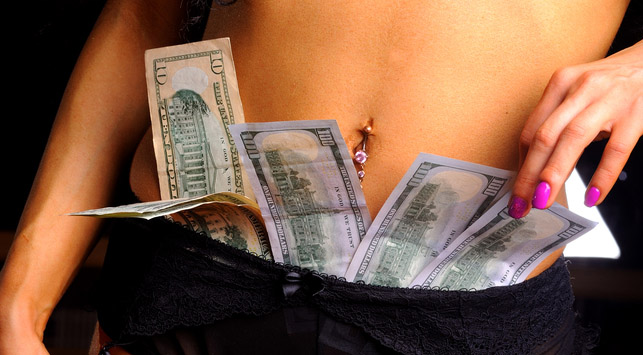 Supply and demand is a concept that knows no industry, no moral hierarchy, no clothes. It’s beautiful in its simplicity. Whether it be selling water in a drought or traveling to Houston to take advantage of testosterone-infused bros who have left their significant others to drink their faces off in the name of football, where there is demand, supply will follow.

And that’s exactly what’s going on in Houston right now, as hundreds of strippers are ascending on the city to take advantage of the thirst of football fans.

According to Crystal, a 23-year-old blonde from Manhattan’s Scores club, there are supposed to be 2,000 people at Scores Houston. Crystal has made the trek to Houston and hopes that her Patriots’ themed outfit will seduce fans into opening their wallets.

Chris Chizer, manager at Houston’s newly opened (and highly publicized) Showtime club, said dancers with big Instagram followings can earn $10,000 to $15,000 per night mostly from dancing onstage, according to the New York Post.

At Houston club Vivid, cashier Filipa Lamina said Super Bowl-weekend dancers will average $2,500 per night, logging 50 or so lap-dances at $20 apiece to get there. “But it can go higher,” she said. “On Wednesday, an NFL player . . . was celebrating his birthday and threw $1,000 on the stage.”

Football players and famous rappers (Gucci Mane, Lil Wayne) have flooded to Houston to catch the game and participate the in the extra curriculars. This is not lost on the dancers.

A second Lexi — also a Manhattan Scores girl — is focused on Floyd Mayweather. “I’m hoping he’ll [wear] diamonds,” she says of the boxing champ. “I’ll take them right off his neck and wear them.”

What ever happened to having a heartfelt conversation with young a lady while she wears 9 inch heels and booby tassels? All this bumping and grinding and twerking, as the kids say, is inappropriate behavior. *Takes sip of O’Doul’s.