These Are The Most Dangerous Alcoholic Drinks In The World 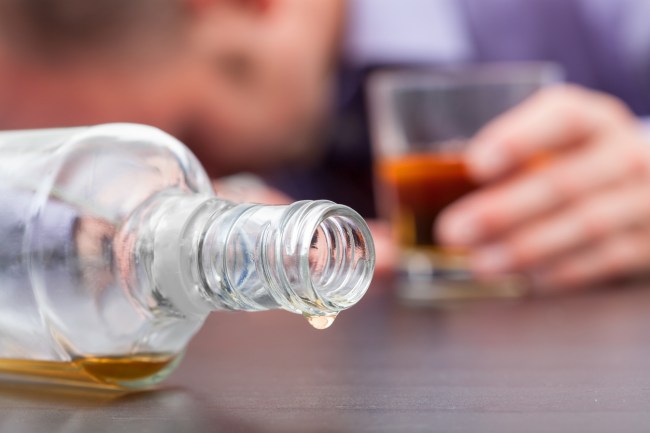 Man is a naturally inquisitive creature—an explorer of the fringes of possibility if you will—so it makes sense that when it comes to getting drunk, man has a habit of developing increasingly more potent ways to make that happen.

After all, no matter what anyone says about various national pastimes, the one true worldwide pastime isn’t baseball or soccer, but getting completely and totally bombed. But, as it was with the atomic bomb, man’s insatiable quest for the biggest and the baddest has created a plethora of drinks of mass destruction, drinks that will destroy your liver and cause all your unborn babies to be born mutants.

Yes, in all his curiosity and lack of wisdom, man has created these, seven of the most dangerous drinks in the world (and pour one out for the boozy energy drink that was O.G. Four Loko as well as Bacardi 151, both of which would’ve made this list if they hadn’t incited a moral panic by flying too close to the sun).

The Long Island Iced Tea is an alcoholic beverage that’s extremely popular amongst college kids who want to get bombed without having to actually go through all the wincing and dry-heaving that comes with forcing shots down your throat. It works because you’re basically drinking a pint glass of hard liquor—typically vodka, gin, tequila, light rum (and/or dark rum), and triple sec—that’s topped with cola, sour mix, or actual iced tea (depending on how you make it).

The Tokyo Iced Tea, though, says to hell with your pansy non-alcoholic mixes and substitutes the delightful Midori, which due to its fruity taste still lets the drink go down smooth, only with the added complication of alcohol poisoning.

Add it all together, and one Tokyo Iced Tea can be the equivalent of eight or nines shots of liquor that you can barely even taste.

Just drink it in the back of an ambulance. It will be easier that way.

You may be familiar with the Three Wise Men, which combines a shot of Johnnie Walker, a shot of Jim Beam, and a shot of Jack Daniel’s into one drunkard’s paradise of a drink.

However, what if the Three Wise Men abandoned their gifts for the baby Jesus and opted to turn to apocalyptic terror when their friend Jose Cuervo decides to stop by and add some tequila into the mix?

At that point, the Four Horsemen ride all over your liver, bringing pestilence and death and blackouts. This is what happens when you let three nice, sweet, impressionable boys from Tennessee hang out with a bandito.

The fact that this cocktail is called “Liquid Cocaine” should make it very obvious it’s not messing around.

You start with some high-proof rum—which means you’re already in trouble—and then add some Goldschlager before mixing that together with your good friend Jagermeister.

At its heart, the Headhunter contains about four ounces of spiced rum, which is enough for Captain Morgan to pirate your sobriety, but then the good Captain completely loses control of the action when his crew mutinies to the tune of three more ounces of overproof rum.

By this point, your sobriety ship is completely in flames and there are people puking off of the decks. And then just for the hell of it, four more ounces of beer come along just to hang out and dance in the ashes.

Anytime there’s a chance that what you’re drinking will cause you to go blind, it’s gonna end up on this list.

Moonshine is dangerous because nobody but the redneck who distilled it in his barn or in his bathtub knows what really went into it; you could be drinking turpentine mixed with drain cleaner. You just don’t know.

Sure, Farmer Fred might swear to you that this will get you messed up, but by that he probably means that you’ll end up flat on your back in a hospital bed or on a slab in the morgue—especially since his wife just came storming out of the house screaming at him about where all her nail-polish remover and Clorox went.

The New Orleans Hand Grenade doesn’t seem that different from dozens of other strong cocktails – it has shots of vodka, gin, rum, and melon liqueur, which will get you drunk, but isn’t particularly dangerous.

However, what sets the New Orleans Hand Grenade apart is that its final ingredient is listed simply as “grain alcohol.”

Bad things start happening when you start dealing with grain alcohol. At that point, you’re pretty much drinking pure ethanol. Just check out the many uses of ethanol if you want to understand why this is so ridiculous, which include: an antiseptic, a solvent, a fuel additive (!), and literal rocket fuel (!!!).

Speaking of grain alcohol and ethanol, we bring you the scourge known as Everclear, a 190 proof (95% alcohol) monstrosity that will send your dumbass to the emergency room —if you make it there at all.

Incredibly, while Everclear can be found in small doses in drinks like the aforementioned New Orleans Hand Grenade, brave and dumb Darwin Award candidates will actually do straight shots of Everclear to prove their manhood or some such nonsense.

Some real talk: I had a friend who spilled a bottle of Everclear on his kitchen floor at a party where people were smoking. You can see where this is headed, right? Naturally, the floor went up in flames. That’s how dangerous Everclear is: it won’t just destroy your body, it will burn your home to the ground.

It’s not every day you encounter something that makes flaming shots seem safe in comparison. There’s a reason it’s illegal in more than a dozen states.