The firing of bullets can generate a crazy amount of heat in a very short period of time. To demonstrate this, the bros from the West Coast Armory YouTube channel fired off 700 rounds from a fully automatic M249 saw with a Silencerco SWR branded can suppressor.

It only took around 350 to 400 rounds before the suppressor broke apart due to the crazy heat that was generated. According to the video’s description, the gun itself was completely fine after the test and only required some cleaning. On the other hand, the Silencerco SWR suffered a complete meltdown and looked like someone had just pulled it out of an iron forge: 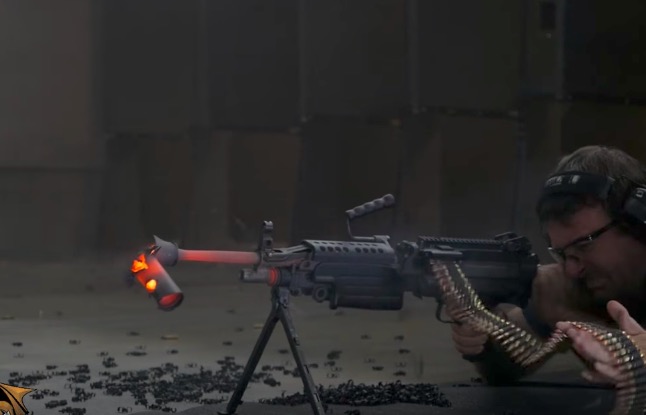 I can’t be the only one here that’s amazed by this, right? If you’re not impressed yet then let’s all watch it once more in GIF and really drive the point home: