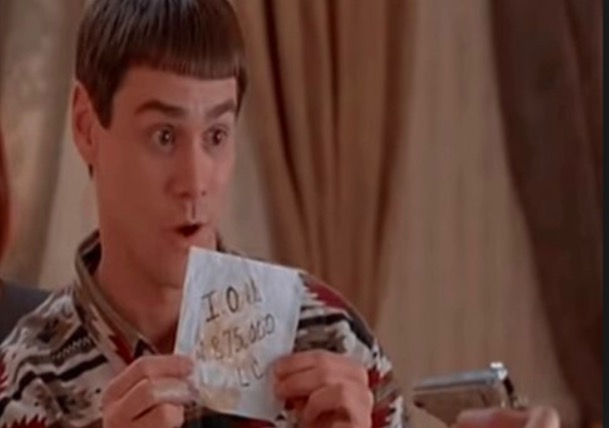 If you’re the type of bro who is so poor he can’t even pay attention, don’t fret, you are far from alone. If you conveniently send in the rent late and blame the incompetence of the United States Postal Service for its delay (veteran move), you are in good company.

A new report from Bankrate paints a grim picture about the American saving experience. The study finds that almost six in 10 Americans don’t have enough savings to cover a $500 or $1,000 unplanned expense.

Only 41% of adults reported having enough in their savings account to cover a surprise bill of this magnitude. A little more than 20% said they would put it on a credit card, the report said, while 20% would cut their spending and 11% would turn to friends and family for financial assistance. [CNN Money]

Believe it or not, this is an improvement from last year when only 37% of Americans reported having enough savings to cover an expense of $500+. What’s more surprising is that the millennial demographic (aged 18-29) are the most financially prepared to take on an unplanned expense, up  from 33% in 2014.

Cornfield offered general advice about how to bolster your savings and it involves consistent little lifestyle changes.

“There are ways to track your spending and look where your money is going and find the holes and gaps,” she said. “There are places you can cut back: daily coffee, alcohol, vacations, some people take several vacations, maybe cut back on one.”

Wait, I could have sworn you said ‘cut back on alcohol,’ Jill. Ya, for sure, I’ll start tomorrow.