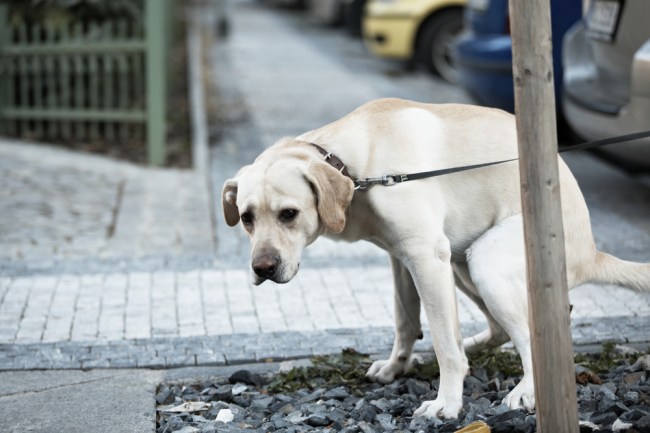 One of the negatives of living in New York City — the greatest City in the Fucking World™ — is that there’s poop everywhere. Poop is and always will be a problem on the sidewalks of residential areas in the city, whether it’s from people or birds or man’s best friend.

One such area is Gramercy, a tony neighborhood of doorman buildings and 20+ million brownstones on the east side of Manhattan. Dog owners are apparently getting lazy around the neighborhood’s most famous landmark, the stately gates of the private Gramercy Park.

Last night, around 11:30 PM, I was walked around Gramercy Park when I spotted two ladies — presumably residents from the neighborhood — hanging signs on the wrought iron around the park. The passive aggressive signs, ranging from “Being drunk is not an excuse to leave it” to “do the right thing!” were on every single tree area on the perimeter of the park.  It created a dog poop “walk of shame” for bad pet parents that don’t know how to clean up after their pup and keep the city sidewalks nice and pristine.

I thought you might get a kick out of their dog poop witticisms, so I captured a couple pics. Curb your dog and bring your bags on those walks, NYC dog owners. My wardrobe of Yeezy Boost 350 v2s thank you.

The poop walk of shame is such an aggressive tactic pic.twitter.com/UfnL5GMDA8

They straight out this dog owner "sweetheart" on blast pic.twitter.com/Nu8UUJwgKh