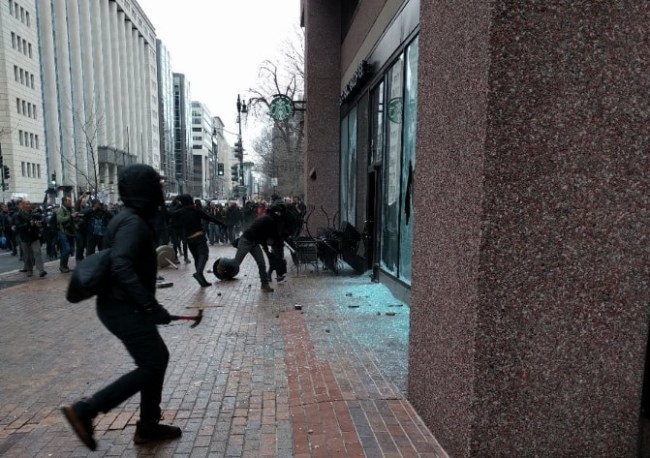 How many times do we have to say it: play stupid games, win stupid prizes. Those who went to President Trump’s inauguration on Friday and carried out violent forms of protest now face serious jail time and huge fines.

Federal prosecutors said, “most of the approximately 230 protesters arrested on Inauguration Day will be charged with felony rioting.” The U.S. Attorney’s Office said the offense is punishable by up to 10 years in prison and a fine of up to $250,000. They also stated that most of those arrested will be released without having to post bail, but must return to court in February.

The first group of 10 men appeared in Superior Court just before 3 p.m. on Saturday, and they pleaded not guilty. The judge released all of the men on the condition that they not get re-arrested in the District of Columbia.

While most of the protests were peaceful on Friday, a four-block stretch of downtown Washington turned into a battlefield around the time of President Trump’s swearing-in ceremony. That is mainly where the destruction took place which included several storefront windows being smashed, a limo torched, and a bonfire of garbage cans was lit in the middle of the street. Police deployed pepper spray and flash bangs in an attempt to stop the hostile crowd made up of anti-Trump rioters, anarchists, and DisruptJ20 members. Six police officers were injured; three of them hit in the head with flying objects.