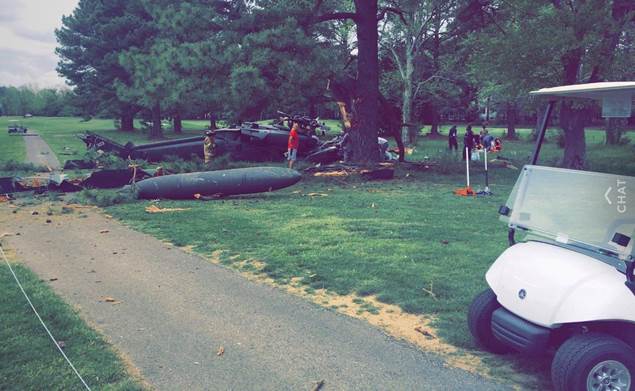 A military helicopter has crashed on a golf course in St. Mary’s County, Maryland. Witnesses say that a U.S. Army helicopter crashed near hole 3 of the Benton Bay Golf Course. Photos and video show the helicopter wreckage, but thankfully there are no reports of fire.

UPDATE: A US Army Helicopter has crashed in Breton Bay, MD. 1 confirmed fatality, 2 flown to the regional hospital. pic.twitter.com/H2pRpiZKuh

DEVELOPING: Helicopter crash in Leonardtown according to reports (photos via @thebaynetcom and viewer) https://t.co/pG3M9GaBjT pic.twitter.com/LWubwxpWY3

It was only two weeks ago that an F-16 fighter jet crashed in Clinton, Maryland.