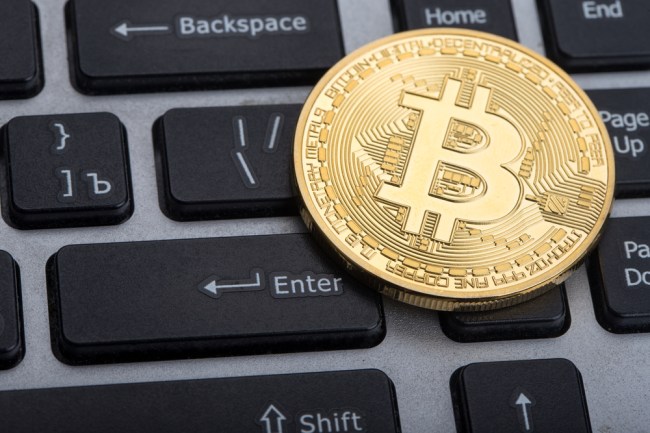 Gone are the days when Bitcoin only existed as a cryptocurrency used for the buying and selling of drugs on Dark Web sites like the Silk Road. Bitcoin is on the verge of going completely mainstream, and a recent MASSIVE surge in the value of Bitcoin reflects that.

One statistic being thrown around all over the Internet this morning is especially startling if you aren’t familiar with Bitcoin, but I’m guessing by now most of you at least know what Bitcoin is and how it’s being used. Nevertheless, this Bitcoin stat is a massive slap in the face to anyone that has been told to invest in Bitcoin over the years but lazily never got around to actually investing.

CNBC‘s Arjun Kharpal filed an article this morning that shows what a $100 investment in Bitcoin seven years ago would be worth now, and it’s borderline sickening to see what could’ve been if we all invested early on: 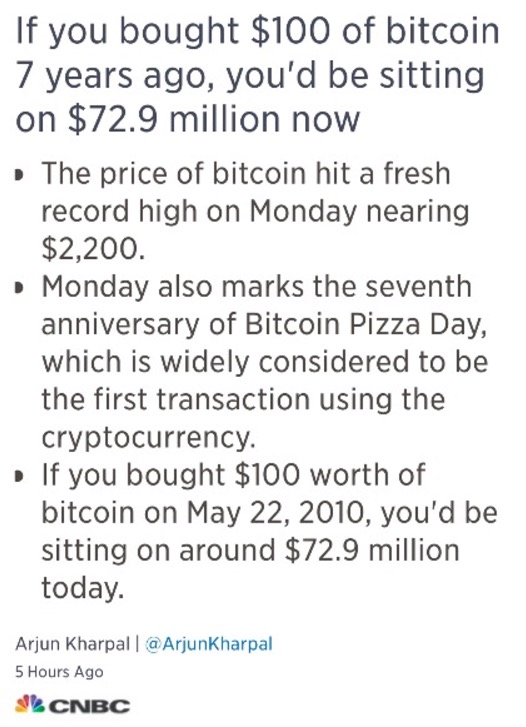 — While being worth $30 at the time (2010), Hanyecz pizzas (Bitcoin) would now cost $21.8 million at current bitcoin prices
— If you bought $100 of bitcoin at the 0.003 cent price on May 22, 2010, you’d now be sitting on around $72.9 million
A number of factors have been driving the rally:
— Recently passed legislation in Japan that allows retailers to start accepting bitcoin as a legal currency has boosted trading in yen, which now accounts for over 40 percent of all bitcoin trade
— A debate within the bitcoin community about the future of the underlying technology behind bitcoin known as the blockchain has been taking place. There was fear at one point this could lead to the creation of two separate cryptocurrencies but those worries have largely subsided with an alternative, more palatable option now being put forward. (via CNBC)

Your eyes aren’t playing tricks on you. A $100 investment in Bitcoin seven years ago would now be worth $72.9 MILLION. That, my bros, is enough money to never work another day for as long as you live. That’s ‘fuck you money’ which would allow you to purchase a badass mansion and live out your days on the interest earned from investing that fortune.

For more info on Bitcoin you can check out the BroBible archives to see previous articles about the extremely valuable cryptocurrency.