The other day we shared with you the To Catch A Cheater video where a girlfriend tested her plumber boyfriend to see if he would cheat on her if a busty chick aggressively hit on him and shoved her tits in his face. Many of you checked out that video, so I went back to the TCAC YouTube channel and found another entertaining video of insecure fucks begging their SO to cheat on them.

On this occasion, a boyfriend baited his girlfriend to cheat on him with a buff personal trainer. The girlfriend was at the gym when the man asked the woman if she wanted a few pointers on lifting and she eagerly agreed. At first, the tips were oral. NO! Not THAT kind of oral. But then the personal trainer gets a bit handsy with the girl, forcing the boyfriend to watch and be a virtual cuck.

Right at this moment, the boyfriend immediately regretted his decision and had a “you vs the guy she tells you not to worry about” moment. 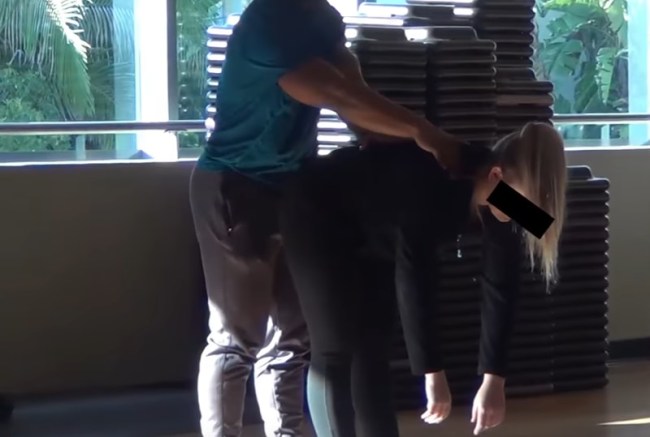 Via To Catch A Cheater

If you can’t handle the truth, don’t ask for it.