Dude Who Sued His Date For $17.31 For Texting During A Movie Got Paid, Counted His Money On TV 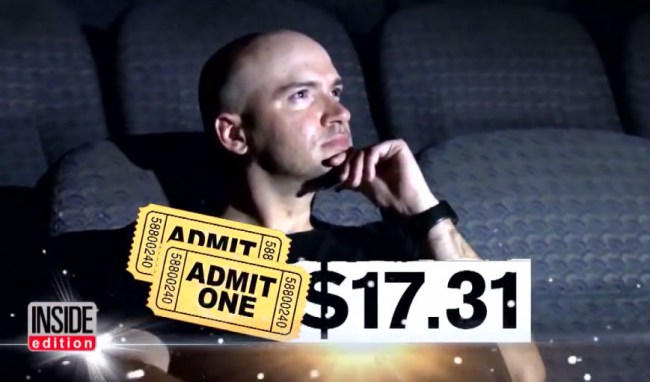 Remember the Texas man, Brandon Vezmar, 37, who went viral for suing his date for texting on her phone during a showing of Guardians of the Galaxy, Vol. 2?

If not, here’s a refresher from Newsweek…

He alleges his date began texting 15 minutes into the movie. “This is like one of my biggest pet peeves,” he said.

In the court filing obtained by the Statesman, Vezmar claimed the woman “activated her phone at least 10-20 times in 15 minutes to read and send text messages.”

He said he asked the woman to stop and suggested she leave the auditorium to continue texting. The woman, he claims, then left the theater and did not return.

Oh yeah, did we mention he was suing the woman, Crystal Cruz, for just $17.31? Because he was, calling her texting in a movie “a threat to civilized society.”

This was after texting her, “Crystal, your behavior Saturday was not only rude but it cost me money. I want you to compensate me for the $17 movie ticket. Will you do this or do I have to pursue the money in small claims court?”

Welp, turns out she didn’t have to go to court because the two of them finally met up again and she ended up giving him his money.

Here he is getting paid and counting his cash…

(*guy coming up with idea to sue his date for $17*)
"Why, this could make me the most famous dry-dick loser in America."

What do you think?