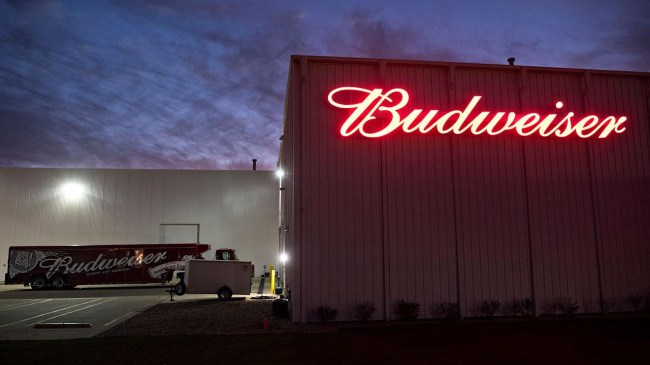 In a Super Bowl commercial titled “Stand By You,” there are no actors, instead, it is real employees of Anheuser-Busch. In the Super Bowl LII spot, it shows actual employees from the Budweiser brewery in Cartersville, Georgia and the brewery’s general manager Kevin Fahrenkrog gets the starring role. But this commercial doesn’t feature any golden, bubbly beers, alternatively, it is all about water. The Super Bowl 52 commercial shows workers at the brewery stop making beer to can water to provide to people in need.

In 2017 there were a lot of people in need of water thanks to the several natural disasters from wildfires in California to several hurricanes that wreaked havoc in Texas, Florida, and Puerto Rico. The beer giant said they shipped nearly three million cans of emergency drinking water to communities ravaged by the California wildfires as well as Hurricanes Harvey, Irma, and Maria. nheuser-Busch donated 150,000 cans of drinking water to help communities affected by Hurricane Harvey in Louisiana and Texas. Over the past 30 years, the Cartersville brewery has provided more than 79 million cans of clean drinking water to people deeply affected by natural disasters.

“It’s a real story,” said Ricardo Marques, Budweiser’s vice president of marketing. “It’s about our people. We don’t have actors in this spot. We only have the passion of it.” “When we have these natural disasters there are many needs,” Fahrenkrog said. “And you know that one small thing that we can do is to provide clean, safe drinking water.” The commercial features a cover of Ben E King’s 1961 classic “Stand By Me” sung by Skylar Grey. Additionally, a portion of the proceeds from Grey’s single will be donated to the American Red Cross. Super Bowl LII marks the 29th consecutive year that Budweiser has advertised during the big game and its 103rd Super Bowl commercial.