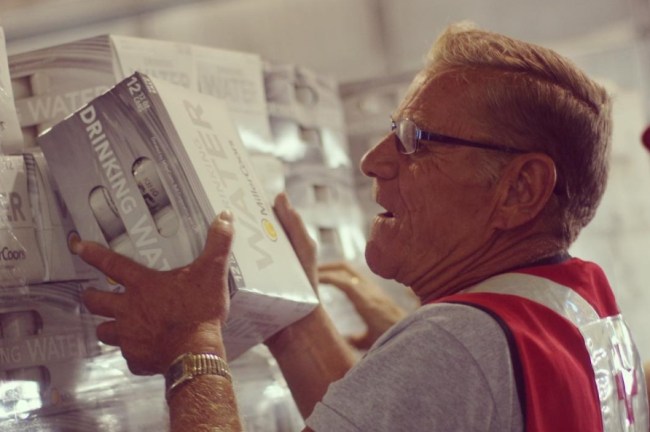 As they have done in the past, Anheuser-Busch and MillerCoors are ready to help those in need of clean drinking water in times of disaster. The Anheuser-Busch Brewery in Cartersville, Georgia has stopped canning beer so that they are able to can drinking water to help those in the Houston area who have had their lives ripped out from under them in the aftermath of Hurricane Harvey. MillerCoors is also suspending the canning of beer to can water for victims of Hurricane Harvey.

MillerCoors is shipping 50,000 cans of drinking water from its brewery in Shenandoah, Virginia, to its Texas brewery to be distributed by trucks with the assistance of the Red Cross. In a statement, Anheuser-Busch said it is donating 150,000 cans of drinking water to help communities affected by Harvey in Louisiana and Texas. One truckload containing around 50,000 cans has already been delivered to the Red Cross in Baton Rouge, and two more truckloads with around 100,000 cans are expected to arrive by Wednesday in Arlington, Texas. The water will be distributed at Red Cross shelters.

“We’re currently shipping 50,000 cans of drinking water from our Shenandoah brewery to our craft partner, Revolver, where trucks are ready to mobilize under the direction of Red Cross to move supplies and help out in communities hit hard by Hurricane Harvey,” a MillerCoors spokesman said in a statement.

“Throughout the year, we periodically pause beer production at our Cartersville, Georgia brewery to produce emergency canned drinking water so we are ready to help out communities across the country in times of crisis. Putting our production and logistics strengths to work by providing safe, clean drinking water is the best way we can help in these situations,” said Anheuser-Busch Brewmaster Sarah Schilling.

Cans of water have been sent to victims of Hurricane Matthew, Superstorm Sandy, and to firefighters working wildfires in Washington state. Anheuser-Busch and MillerCoors are both also donating $25,000 to the Red Cross.

“Providing clean water to communities enduring a crisis will aid in recovery and hopefully give some sense of comfort to those in need,” said Karina Diehl, MillerCoors’ director of community affairs, in a statement. 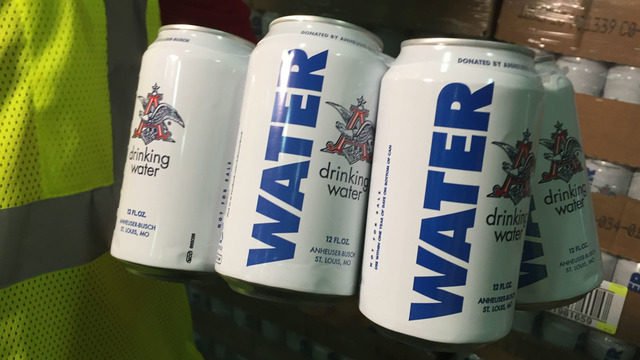