Have It Your Way: Burger King Employees Caught Selling Weed To Customers Who Asked For ‘Extra Crispy Fries’ 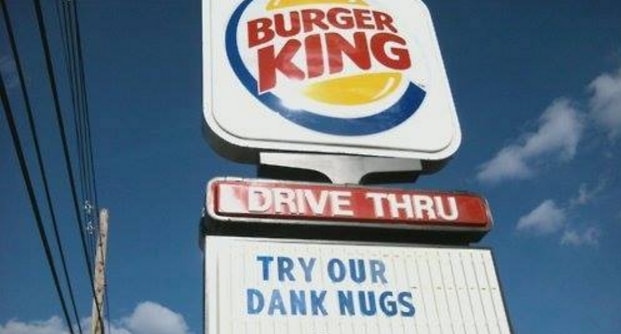 Usually, you go to a fast food joint AFTER you get stoned, not before. But when your local Burger King becomes your weed spot you gotta do what you gotta do.

We take you to Epping, New Hampshire where Garrett “Nasty Boy” Norris, 20, and his alleged accomplice Meagan Dearborn, 19, work at Burger King, but also sell weed. The employees were apparently selling marijuana to customers who came to the establishment. Their special password for weed was “extra crispy fries.”

Police conducted an investigation on Jan. 21 at the Route 125 Burger King, where an undercover purchase resulted in the arrest of Garrett Norris, 20, of Raymond, for allegedly distributing marijuana. Police said buyers would pull up to the drive-through and ask if “Nasty Boy” was working, Norris’ nickname. When confirmed, an order was placed for french fries “extra crispy,” which was the code for wanting to purchase drugs, police said. Norris then produced an amount of marijuana in a Burger King coffee cup separate from the french fries and food order. Norris was also found in possession of marijuana stored in his personal property inside the Burger King, police said. He was charged with sale of a controlled drug and possession of controlled drug with intent to distribute.

Based on the investigation, an assistant shift manager was also arrested. Meagan Dearborn, 19, of Raymond, was arrested on charges alleging conspiracy to distribute drugs and unlawful possession of alcohol.

They were both released on $2,500 bail and will be arraigned next month.

This is so sad. People are resorting to selling marijuana while they work their Burger King job. Just fucking legalize weed already.

How lucky were the people who legitimately wanted “extra crispy fries” and the next thing they know is that they’ve got weed next to their Whopper? 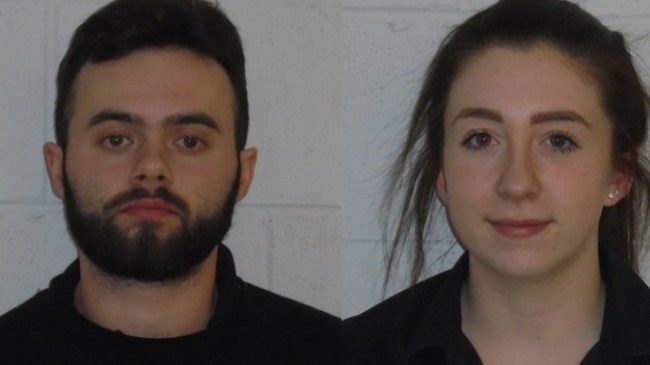