1 In 3 Californians Now Support Calexit, Working On Measure To Secede From U.S. And Be Independent Nation 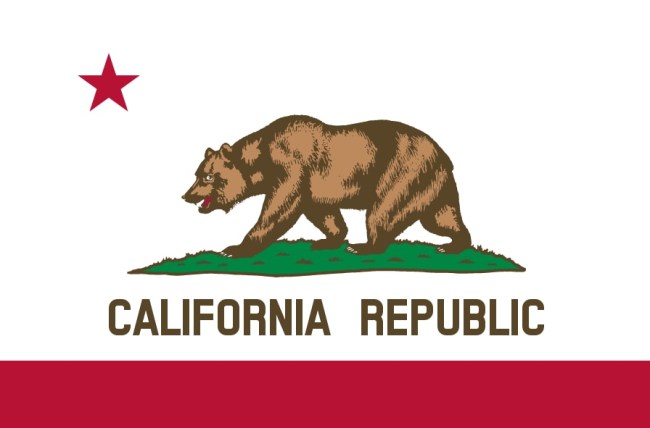 California was definitely in favor of Hillary Clinton in the 2016 presidential election. The Democratic nominee garnered 61.5% of the votes and nearly doubled President Donald J. Trump by capturing 8,753,788 votes compared to Trump’s 4,483,810. That overwhelming support of Clinton or opposition to Trump caused many in the state to go into complete shock when the Republican candidate won the election. Trump’s upset sent many in the Golden State spiraling into hysteria and causing some to even suggest that California should secede from the United States. Now there is actually plans to get a ballot where Californians can vote on leaving the U.S.of A. Taking the name from the United Kingdom’s Brexit campaign that ended in the U.K. leaving the European Union, there is a movement in California called Calexit.

The Yes California Independence Campaign has been around for at least two years, but the election of President Trump has propelled support for their secession dreams. The California secretary of state’s office announced that the group could begin collecting signatures on Thursday. The group needs 585,407 signatures from registered voters over the next 180 days to qualify to have the secession initiative on the ballot for Californians to vote on. If the 2018 ballot initiative passes, it would force a 2019 statewide special election asking voters

From the L.A. Times:

If the measure gets on the ballot and gains approval by a majority of voters, it would repeal clauses in the California Constitution stating that the state is an “inseparable part of the United States” and that the U.S. Constitution is the “supreme law of the land,” according to the title and summary prepared by the state attorney general’s office.

The measure would place another question on the ballot in 2019, asking whether California should become a separate country. If at least half of registered voters participate in that vote, with at least 55% of those voting to approve, the results would be treated as California’s declaration of independence.

However, there is definitely a surge for Calexit following the election of President Trump and now 32% of Californians are in favor of being their own country.

One in every three California residents supports the most populous U.S. state’s peaceful withdrawal from the union, according to a new Reuters/Ipsos opinion poll, many of them Democrats strongly opposed to Trump’s ascension to the country’s highest office.

The 32 percent support rate is sharply higher than the last time the poll asked Californians about secession, in 2014, when one-in-five or 20 percent favored it around the time Scotland held its independence referendum and voted to remain in the United Kingdom.

“California loses [by] being a part of America culturally and financially,” said Marcus Ruiz Evans, one of the founders of Yes California. “It could be a nation all its own, everybody knows that. The only question is if they want to break off.”

If we lose California and things stay frosty with Mexico I suggest you become an avocado farmer in a southwestern state and watch the millions of dollars roll in.

Besides the lack of avocados, another problem that arises is the border wall will get more expensive.