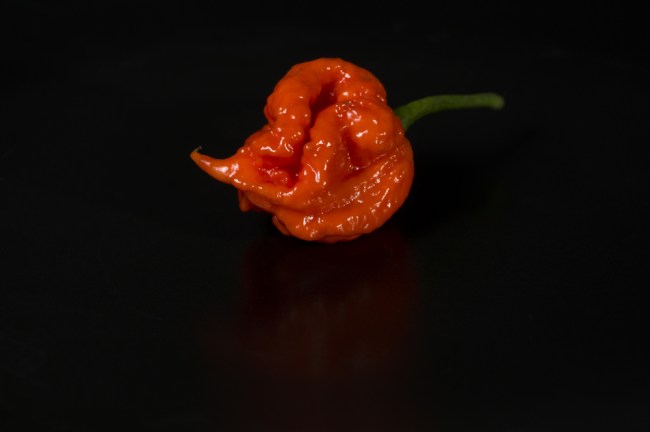 This unfortunate soul set out to conquer the spiciest pepper on the planet. It probably started with some shit talking along the lines of ‘I can handle those peppers, I can handle anything spicy’. The man even played it cool for the first second or two of eating the pepper, remarking ‘it ain’t bad’ before his entire life went into a nuclear meltdown.

He doesn’t even make it 30 seconds before he’s in so much pain he has to exit the truck to try and regain his flailing composure. The guy coughs and makes some extremely unnatural noises before bailing for fresh air: 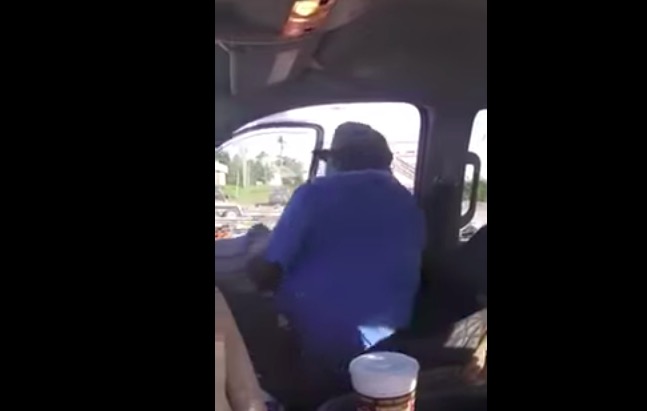 He’s coughing so hard he nearly throws his back out before falling to the ground to try and vomit up the pepper that’s literally melting his soul like liquid hot magma…Real talk: if my friend eats a Carolina Reaper Pepper and starts coughing like this I’m calling 911 because I’m certain he’s about to die:

All of that pain and we’re only 30 seconds into the video that’s 5:32 long. Eating one of these Carolina Reaper Peppers is absolute torture. I cannot fathom why anyone would ever voluntarily eat one of these peppers unless they’ve lost all sensation in their taste buds.

If you’re ever going to try one of these torturous peppers yourself can I suggest at least having some milk on hand before you eat the pepper? Things are going to go South in a hurry, this is guaranteed. You should at least be prepared for that with something to neutralize the burn.