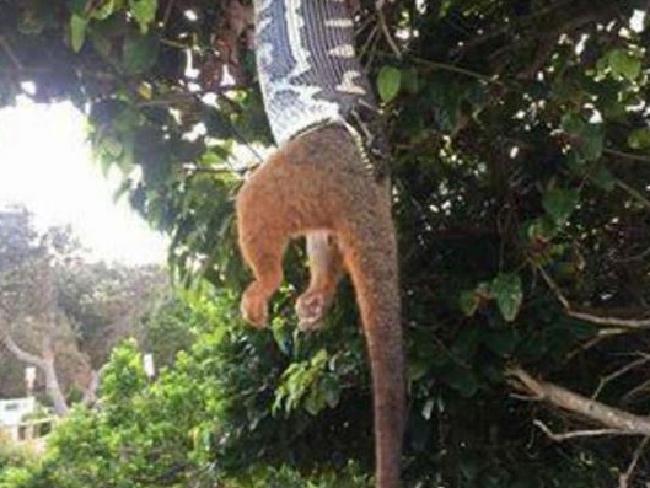 A disturbing event unfolded in front of Australian onlookers earlier in the week as a massive carpet python swallowed a furry ringtail possum. It took approximately 15 minutes for the gigantic snake to swallow the possum, which was more than enough time for passersby to snap photographs of the shocking event.

According to Australia’s 9 News, this disturbing encounter took place in Byron Bay, and it concluded with the carpet python swallowing the python whole: 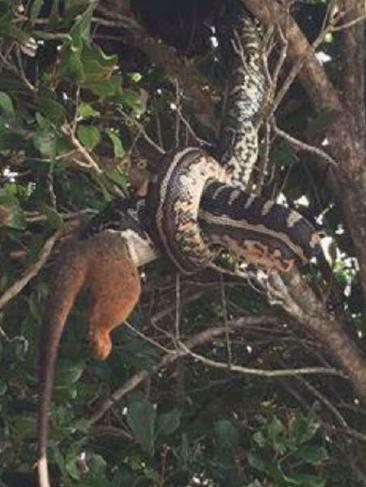 Ms Hunjak was walking back from Byron Bay’s lighthouse on Sunday with her sister Simone, when the pair stumbled across the huge python halfway through devouring a possum while hanging from a tree.
“I really love snakes so it was amazing to see the feeding in person. I had no idea they would be able to eat something like that,” Michelle told 9news.com.au.
“I was more intrigued and excited rather than scared.” (via 9news) 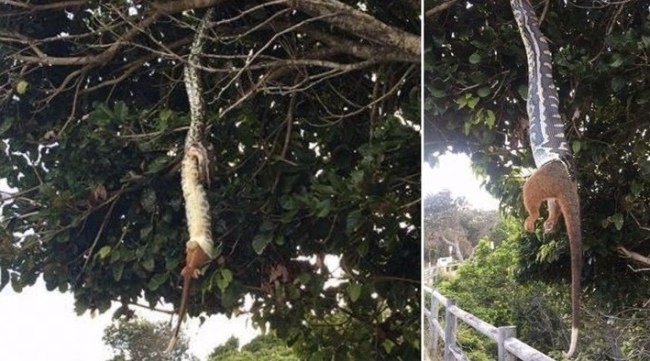 It’s not every day that you get to see a wild snake devour a MASSIVE animal. I’ve never seen anything like this in person, only on the Internet. Not too long ago I witnessed a common black racer snake eating a frog and it was pretty intense, with the frog screaming and making noises you’d expect to hear from a mouse and not an amphibian. I cannot even imagine what it was like seeing this snake feeding in person.

For more pictures, and to hear the whole story of this encounter, just CLICK HERE to head on over to Australia’s 9 News.