You Know That White Stripe On Your Chicken Breast? Turns Out It’s Bad, Very Very Bad 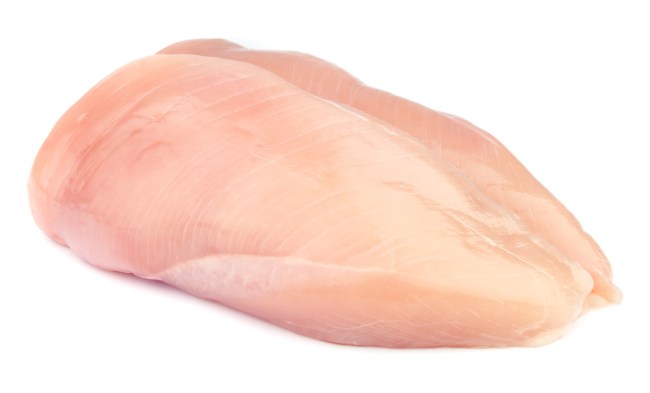 This one hits home pretty hard for me. I find myself grilling chicken breast at home for dinner at least 3 out of every 7 days of the week, sometimes more. Typically, I’ll opt to shell out the few extra bucks for organic chicken in place of the store-brand, but there are times when I’m feeling cheap or the store brand chicken looks good so I’ll roll with that.

After checking out this clip on ‘white striping’ in chicken I’m all sorts of funked up in the head. I’ll let you see watch this video with a very clear agenda, then we can talk about what ‘white striping’ is below and why it’s awful:

A new video by Compassion in World Farming is urging meat-lovers to learn about “white striping,” a muscle disorder affecting chicken breasts. According to a 2013 study published in the Italian Journal of Animal Science, the condition ups fat content by 224% and lowers the amount of protein. Research published in Poultry Science the same year came to a similar conclusion: Fat increased and muscle decreased based on the amount of white striping.
You might have noticed white striping in your meat aisle already. The condition looks like white striations running parallel to the regular muscle. According to a 2016 study by University of Arkansas and Texas A&M, “the severity of white striping has increased in recent years,” identifying it in 96% of the 285 birds they tested. More importantly, the condition “negatively impacts meat quality” by affecting marinade uptake and cook loss.

RELATED: This Is The Best Beer Can Chicken Recipe On The Internet And Shockingly It Doesn’t Include Beer From A Can

I’ll fully acknowledge this new viral video from CompassionUSA as having an extreme agenda. Their agenda seems to cover several fronts but is primarily to inject some compassion into farming. They’re also concerned with the nutritional value of chicken these days, and that’s where I actually give a shit.

224% more fat in my chicken breast when this white striping is present? Less protein? How am I ever supposed to see gains when the grocery store is forcing me to chow down on pure chicken fat? This is not the world I want to be living in.