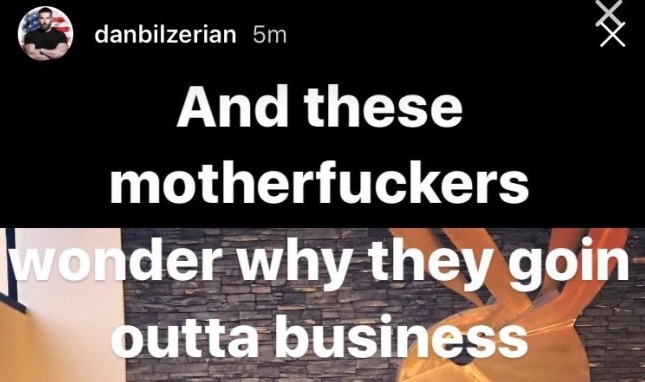 Anyway, the company just decided to start having nude women in their magazine again — in an effort to boost sales — and this past weekend, Dan Bilzerian took it upon himself (for whatever reason) to shit all over Playboy on Instagram. More specifically, he decided to shit on the attractiveness of the new Playmates they are featuring. 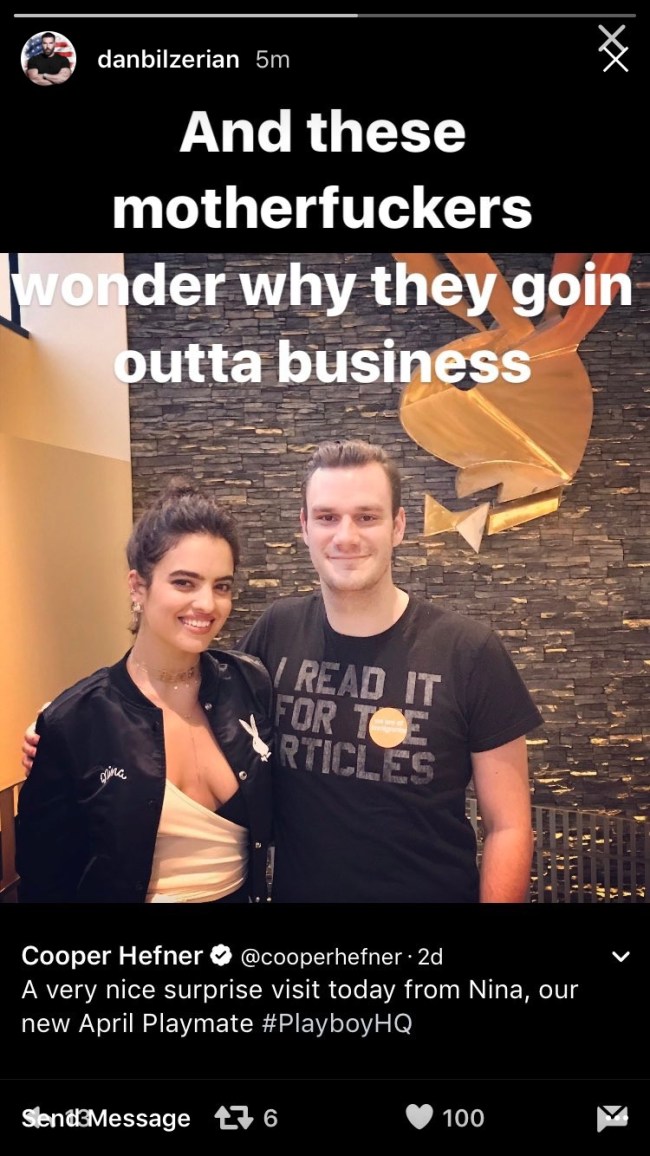 He didn’t stop there. He offered a suggestion about who they should feature in the May edition. 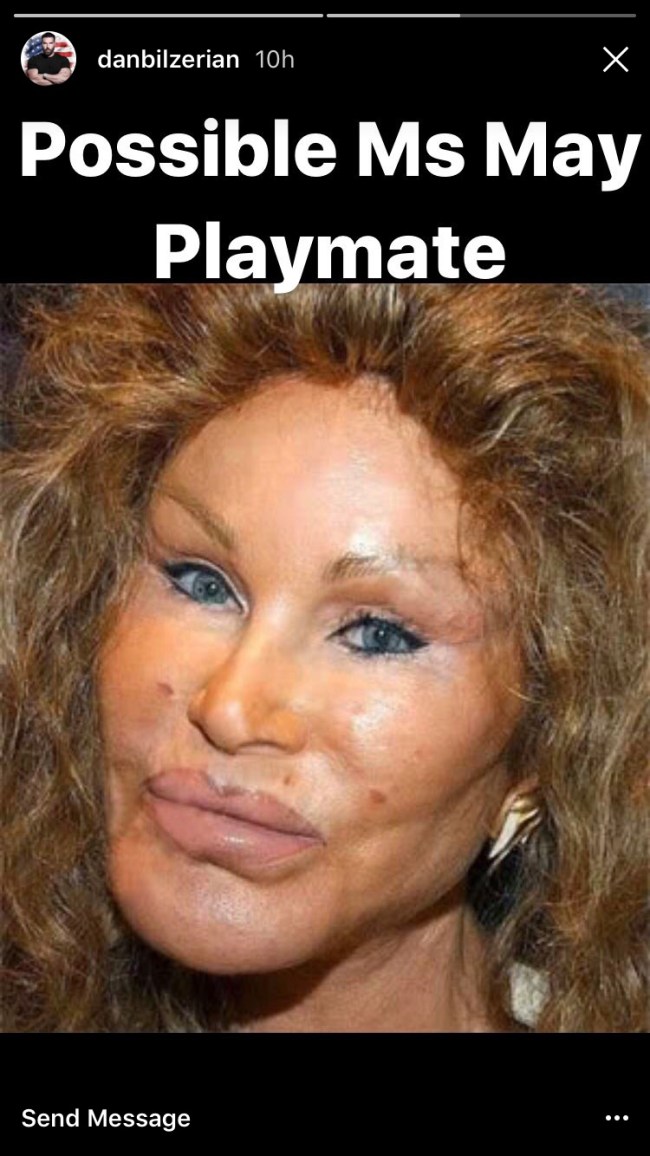