What features are you looking for in a new car? All-wheel drive? Heated leather seats? Power sunroof? Touchscreen navigation? How about all of those handy features as well as a shit-ton of weed? Then you better get yourself a new Ford Fusion. Large quantities of marijuana were found in some new Ford Fusions. The 2017 Ford incentive programs sound pretty amazing.

Between February and March, approximately 1,100 pounds of marijuana was smuggled from Mexico into the United States by hiding the hippie lettuce inside Ford Fusions. That’s not how you make a high-brid. There were 22 Fusions made in Mexico and pot was stashed in the body of the vehicle. That’s not how you run a car on green energy. One sedan had 80 pounds of cheeba stashed in the wheel wells of Fusions headed for St. Paul, Minnesota. I’d take THC brakes over ABS brakes every time. Drug Enforcement Agency officials said $1 million worth of marijuana was smuggled into the U.S. through the high-flying vehicles. I love that new car smell. 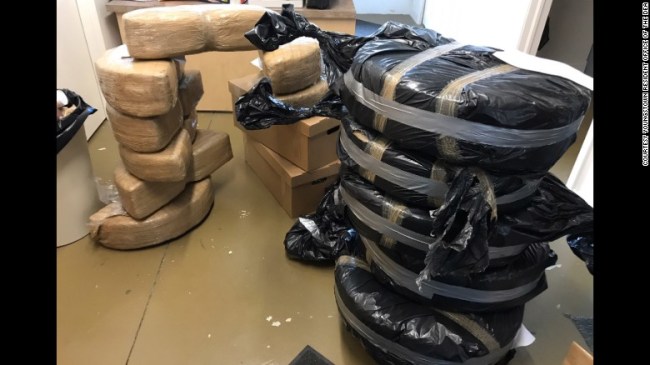 Between July 7 and July 11, authorities found 15 Fusions in Ohio with half-moon-shaped weed transports that weighed nearly 32 pounds. The DEA says that the cars were manufactured at a Ford plant in Hermosillo, Sonora, Mexico, and then shipped to a dealership in Ohio, where the weed was discovered. Maybe there is a benefit to having cars built in Mexico instead of Detroit.

“Clearly, something went wrong,” said Silverio Balzano, agent in charge of the Drug Enforcement Administration’s Youngstown office. “Generally speaking, they could take it off anywhere else along the way.”

In a police report, the officer investigating the case spoke to railway police, who say they’ve uncovered similar weed-smuggling new cars on a regular basis.

“Since the vehicles came from Mexico, they believed someone in Mexico placed the marijuana in those vehicles. The vehicles would get loaded onto the same railcar. Once the train crossed the border into the U.S., they would stop for inspections. It is at this time that the co-conspirator on the U.S. side would break into the railcars and recover the narcotics. The officer advised me this was an ongoing problem for them. It is believed that someone forgot and or missed the opportunity to retrieve their narcotics on the U.S. side of the border.”

The weed was found in brand new Ford Fusions, so don’t go setting your 2008 Fusion on fire and expect to get high. The Ford Fusion is Car of the Year in my book. No arrests have been made and an investigation into these dope cars is ongoing.

Maybe they can send these weedmobiles to Nevada since they’re running out of ganja. Now excuse me as I go buy a new Fusion, preferably in the THC trim level. 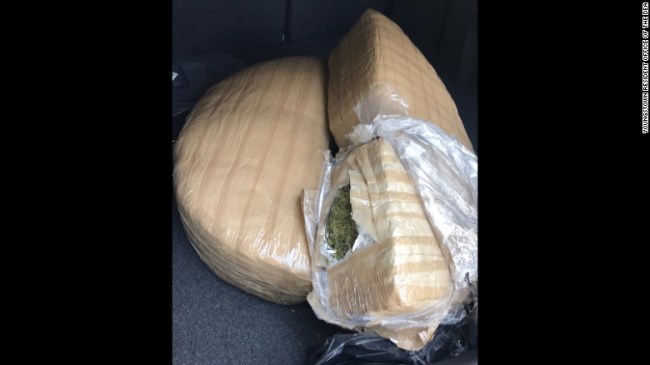