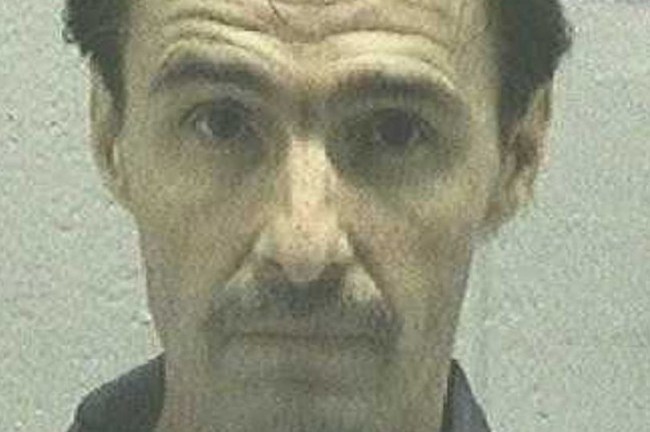 J.W. “Boy” Ledford is preparing to die by lethal injection. Ledford, 45, was sentenced to death for stabbing his elderly neighbor to death when he was 2o years old, leaving so many stab wounds in the man he nearly decapitated him.

The death row inmate from Georgia is making news this week after he asked the court to execute him by firing squad rather than lethal injection, as the pain medication he’s been on for the past 10 years would make him less susceptible to a fast death by lethal injection.

His request comes in the wake of a high volume of botched executions via lethal injections of the past few years–namely that of Clayton Lockett in 2014 who didn’t die until 43 minutes after he was sedated. Witnesses said that Lockett writhed in agony for nearly an hour before passing, according to Gizmodo.

Ledford’s request will probably fall on deaf ears, as the last person to be executed by firing squad in the US was in Utah in July of 2010 and his request came just five days before his execution.

In any event, Ledford will have one small victory before his passing, in the form of a meal fit for a king. Ledford asked his prison bosses for the following:

Ledford’s last meal is in stark contrast to that of Victor Feguer, who was put to death in Iowa by hanging at the age of 28. He was sentenced to death for kidnapping and murder. Feguer  requested a single olive with the pit in it, according to CBS. Timothy McVeigh, the American terrorist behind the Oklahoma City bombing, requested two pints of mint chocolate chip ice cream.

No one really knows why inmates get elaborate meals right before they are executed, as it’s void of logic. One journalist claims “It’s just like putting gas in a car that don’t have no motor.” One theory is that the state wants to look more humane than the people it’s executing. Regardless, I’ll be eating ramen and skim water this evening, so I guess you win this time, convicted murderer.