What’s The Difference Between ‘Flow’ And ‘Lettuce’ When Describing Hair? This Explanation Sums It Up Perfectly 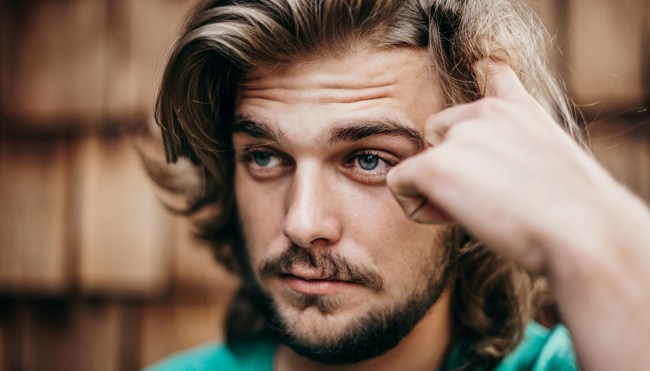 Of the many annual traditions the sports world has spawned, there aren’t many I look forward to more than the yearly reveal of the players who were named to the Minnesota High School All Hockey Hair Team, which is a glorious celebration of the best mullets, lettuce, and flow The Gopher State has to offer.

Those last two terms have long been harnessed to describe particularly luscious locks, and while many people think “lettuce” and “flow” can be used interchangeably, nothing could be further from the truth.

I once found myself discussing that particular topic after stumbling across the glorious picture Paul Rudd posed for when he was a frat bro at the University of Kansas sporting a glorious man that is arguably the epitome of “flow.” However, I ended up in a debate with someone who insisted “lettuce” was the more applicable term, which led to me turning to Twitter in the hopes of settling the argument.

That decision turned out to be one of the wisest ones I’ve ever made, as one person chimed on with a succinct summation of the subtle differences in what I consider the definitive take when it comes to the “Flow vs. Lettuce” issue.

@brandonwenerd @BroBible anyone can have lettuce, only a few can have flow (combo of hair, style, zero fucks attitude).

That settles it. The definition of “flow” has never been more conclusive.