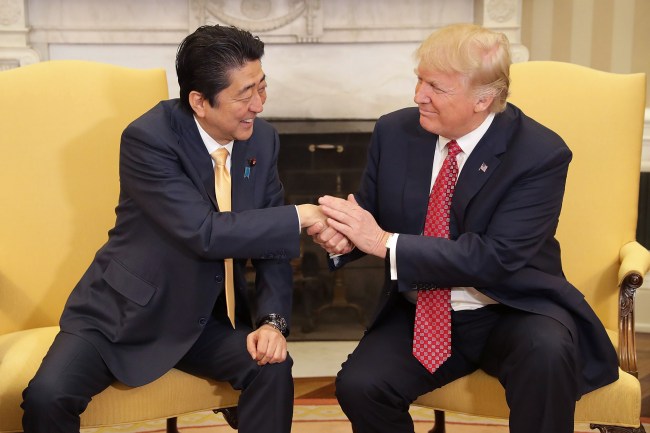 The most awkward part of Donald Trump’s meeting with Japanese Prime Minister Shinzo Abe was not the President addressing his vow to make Japan pay more for U.S. defense, something he was gung-ho about while campaigning for the presidency. The most awkward part of the interview was not Trump nodding in agreement while Shinzo was speaking Japanese, even though Trump didn’t appear to be wearing a translating ear piece. The most cringeworthy part of the meeting was the 19-second handshake the two exchanged while Shinzo looked like he was being held hostage. Please check out the footage below.

A lot happened during the 19-second handshake between Donald Trump and Japan’s Shinzō Abe. pic.twitter.com/kIlLB3Izy8 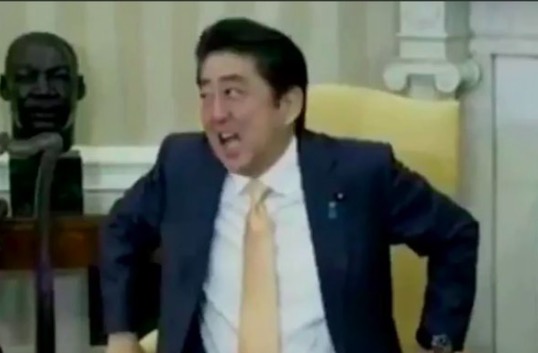 “Anyone got any Purell?”