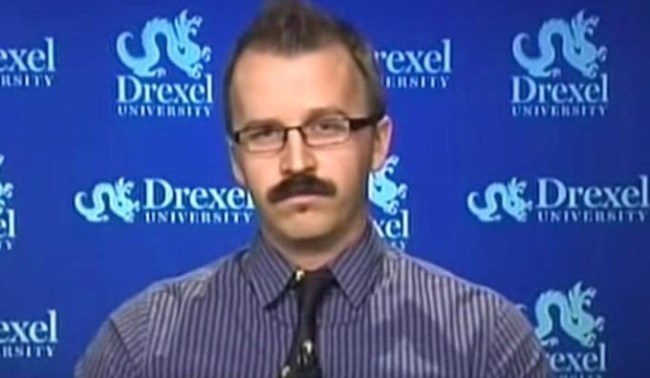 You want hot takes that infuriate a lot of people? Well, George Ciccariello got’em. You may remember the outlandish Drexel University professor made waves in December when he wished for “White Genocide” for Christmas. 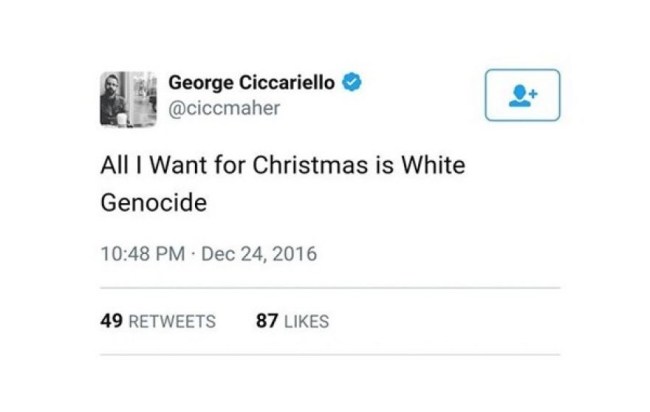 Drexel University investigated the tweet and denounced it by saying the comment was “utterly reprehensible” and “deeply disturbing.” However, they also said he wouldn’t lose his job because the statement was “protected speech.”

On June 8, 2015, Ciccariello said, “Abolish the White Race.” A week later, Ciccariello said that Charleston church shooter Dylann Roof “simply put into practice what many white Americans already think.” The Drexel professor also said that the murder of 4,000 white people during the Haitian Revolution was a “good thing.”

He followed those incendiary beliefs with another provocative declaration. This time attacking a benevolent act of a first-class flyer giving their seat to a soldier.

“Some guy gave up his first class seat for a uniformed soldier. People are thanking him. I’m trying not to vomit or yell about Mosul,” he tweeted.

He wanted to vomit, but notice he didn’t say that he spoke up and told the soldier that it was wrong that their seat was generously upgraded. Instead, the professor posted a condemnation of the act of kindness, then deleted the tweet as well made his Twitter account private. Way to stand behind your convictions.

You can be against the United States entering wars around the world and still not be a total dickhead against soldiers who are just following orders. Especially since that soldier will fight for Ciccariello’s freedom of speech to spout such inflammatory and divisive commentary.

Ciccariello has issued a statement on the controversial tweet:

Two days after U.S. airstrikes incinerated an estimated 200 civilians in the Iraqi city of Mosul, I sent a personal tweet in reaction to what I considered a smug and self-congratulatory gesture by a first-class passenger toward a uniformed soldier. Maybe predictably, my tweet has since been fed into and misrepresented by the outrage machine that is right-wing media. Needless to say, my personal views expressed off-campus have absolutely nothing to do with those of my employer, Drexel University.

Drexel also released a statement and said Ciccariello’s comments “were made outside the classroom, are his own opinion and do not represent the University’s views.”

On Thursday night, the professor attempted to defend his opinions on Tucker Carlson Tonight.

Education does not equal intelligence.