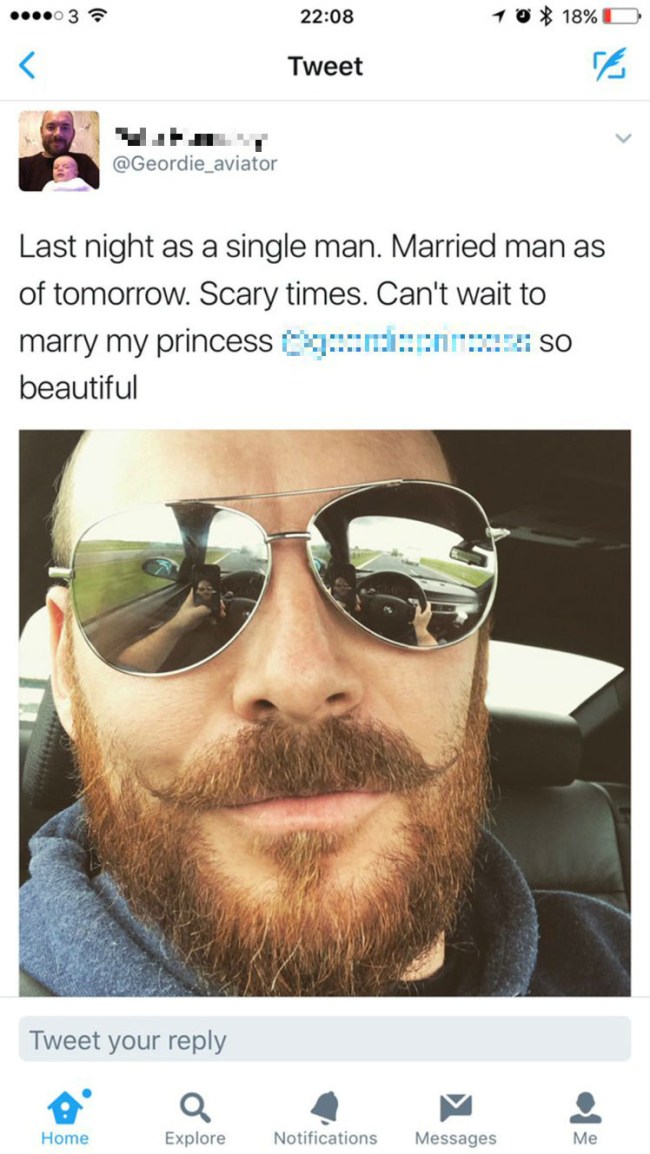 A driver was sniped (metaphorically) by police after he was caught taking a selfie while driving. After the unnamed man tweeted the picture of himself on his last day as a bachelor, Northumbria (England) police spotted the reflection in his sunglasses and went on a quest to track him down. 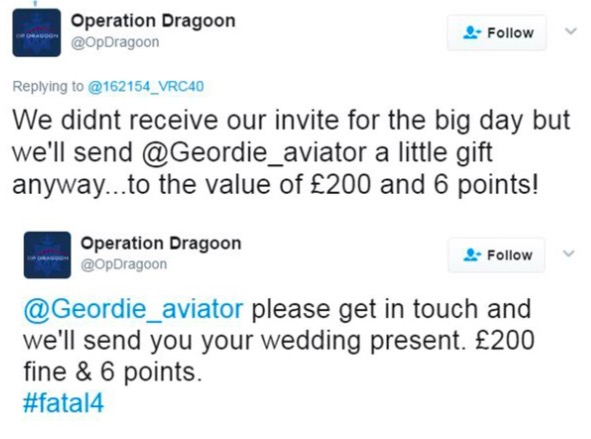 In England, the point scale is between 2-11 and twelve points on the licence within three years make the driver liable to disqualification

An officer from Northumbria Police who spotted the selfie responded to his tweet with: ‘It is people like this who end up destroying people lives through their own stupidity.’