Do You Think This Dude’s Brutally Honest Tinder Profile Pulls Him Any Booty? 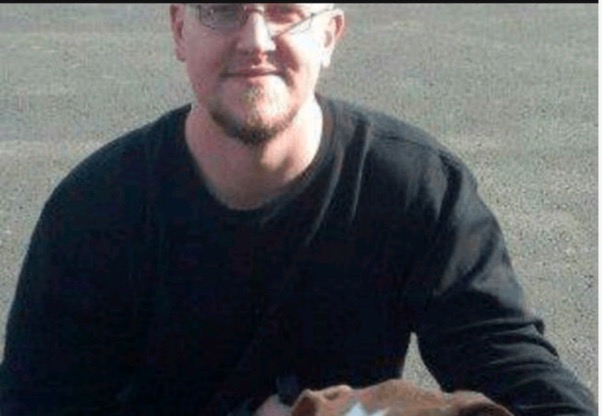 Anyone with a history of swiping knows that integrity has no place on Tinder. You’re best served treating your Tinder profile like your resume: peppered with bold faced lies to improve your image. I’ve claimed to be “Proficient in Microsoft Excel” the same way I claim to be “STD free.” I literally just learned the SUM function last week and for the past month, I feel like my hog has picked up poison sumac. I’ll tell women I won the D.A.R.E. Award in sixth grade, but I’ll neglect to tell them that I spent the winnings on a fat sack of Kush. Point is, if honesty were really the best policy, Ray Lewis would be sitting in a 2×2 cell right now instead of wearing a suit and projecting judgement on others.

This dude Matt decided to take the brutally honest route and I’d be willing to guess his strategy worked about as well as a netted condom. 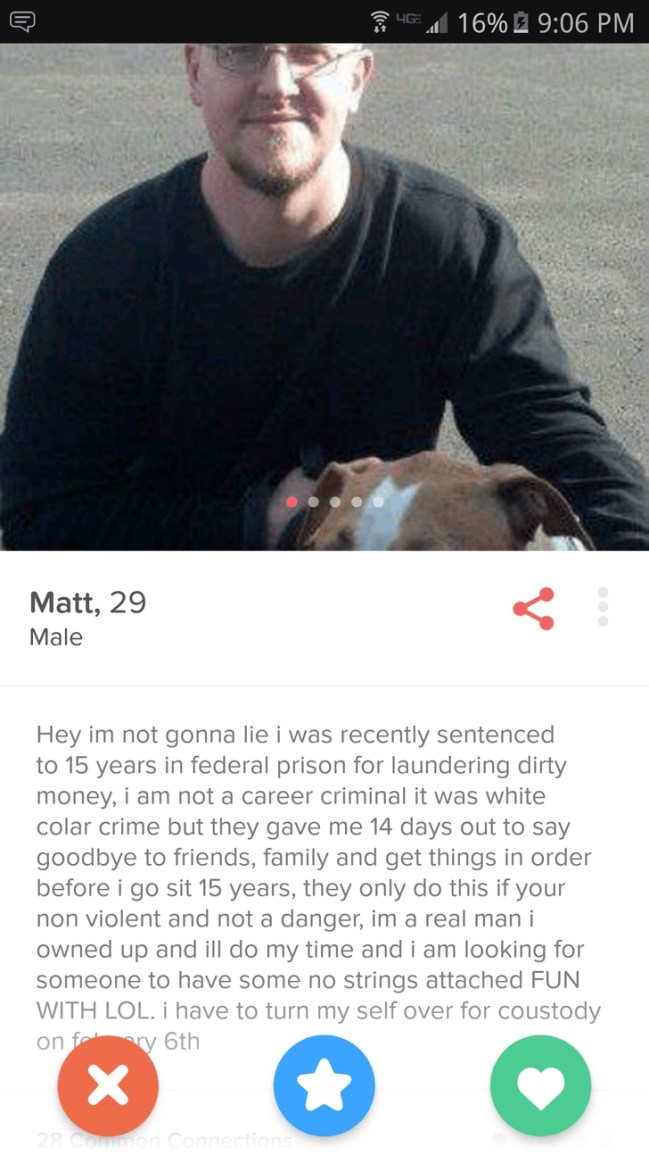 Bro, if you’re not already in the slammer, take this advice. If you’re going to spend the next decade and a half in the clink, just pay for sex.