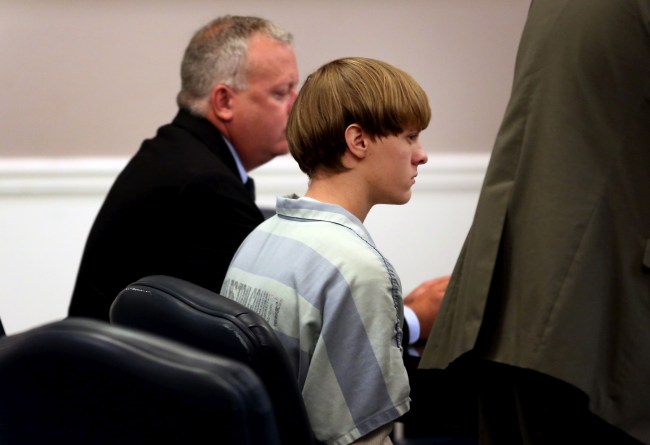 In December 2016, Roof was convicted of all 33 federal hate crime charges against him to a jury of nine white and three black jurors.

Now, the court will decide if the mass murderer lives or dies. During the sentencing phase of his trial in Federal District Court, Roof (who is representing himself), didn’t do himself any favors by constantly assuring the jury that he is not mentally ill, saying “there’s nothing wrong with me psychologically.”

What’s more disturbing are excerpts from the journal Roof kept following his arrest that was seized in August of 2015. The following was read aloud by the prosecution on Wednesday morning.

Via The New York Times,

“I would like to make it crystal clear I do not regret what I did,” Mr. Roof wrote in the journal, which officials seized in August 2015 and a prosecutor introduced during his opening statement. “I am not sorry.”

The sentencing phase is expected to bleed into next week, when hopefully we’ll never have to hear from or about this low life ever again.