Steve Nigg, the man who pulverized Jared Fogle on January 29, 2016 at a Colorado federal prison, has gotten a certain level of celebrity for his beatdown of the sandwich-peddling child rapist. His fans have sent him “thank you” letters and even money for beating up Fogle.

TMZ obtained several emotional letters sent to the 61-year-old. One said, “We’ve never met but I heard that you beat up Jared from Subway, the child rapist.” Sorry you got put in solitary but please know that myself AND my organization that works with child rape victims are very very thankful for what you did.”

Another one, written by a child, said, “I am writing this letter to thank you for your service. What you did took courage?” We’re told the young fan also deposited $2 in Nigg’s commissary account … while another fan slipped him $50 and wrote, “This is my way of saying thank you for standing up for the children that are victims to scumbags like fogle.” 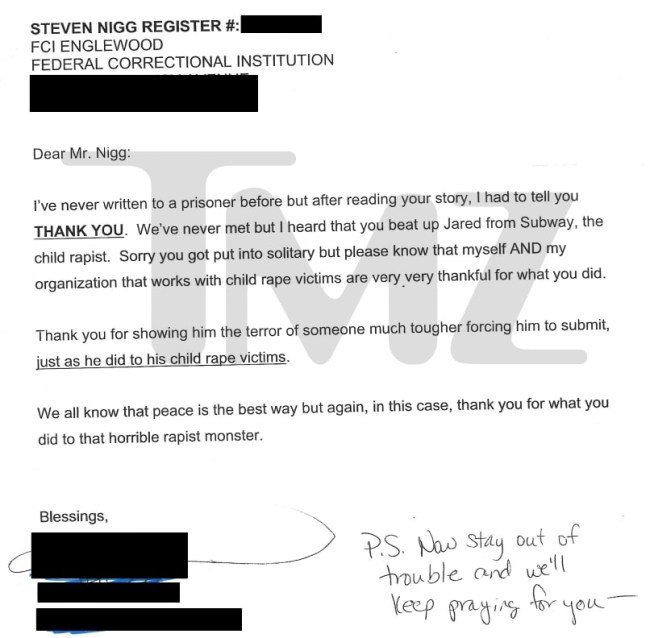 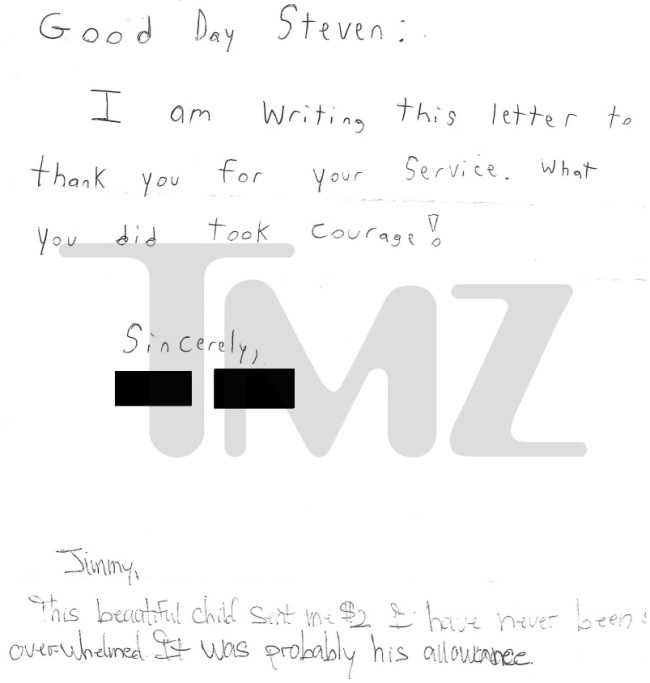 “You would not believe how arrogant Jared was ,” Nigg said in a letter he wrote to TMZ. “He hired bodyguards and the other child molesters looked at him as if he was a god.”

Nigg was moved to a prison in Oklahoma prison, so don’t expect any further vigilante justice on Fogle. But Nigg has plenty of time to find a new child molester to punish since he is not scheduled to be released from prison until 2024.

In 2011, Nigg was sentenced to 15 years in prison for being a felon in the possession of a firearm with three previous convictions for a violent felony. In 1976, when he was 21-years-old, he robbed a motel clerk, convenience store and gas station at gunpoint, stealing a total of $670.47, plus cigarettes and gloves. In 1977 he was sentenced to 15 to 30 years in prison, then he was released in 1990.

In 2009, he became the executor of his father’s estate after his death. His estate included 120 firearms. His stepmother was suspicious that he was selling the guns so she hired a private investigator to purchase the guns. The investigator went to Nigg’s consignment shop, which was his home, and bought two rifles for $1,600 from him.