Florida Woman BRUTALLY Insults Boyfriend’s Sex Abilities So He Hits Her With A Sex Toy, Gets Arrested 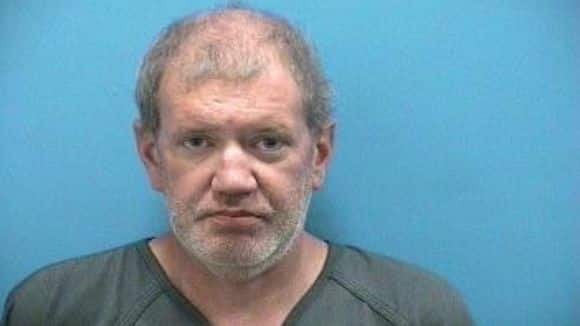 Men are prideful creatures. We all convince ourselves that we’re sex gods even though we start sweating after three pumps and our triceps immediately begin to burn from holding ourselves up in the missionary position. Oh just me? Oh, well that’s awful news.

Welp, misery loves company, and it’s good to know I’m not the only one underperforming. See the dude pictured above? His name is Eric Pritsch and he’s a 42-year-old Florida man who is currently sitting in a jail cell right now for going batshit on his girfriend after she called into question his hog abilities.

According to TC Palm:

The 58-year-old woman [Pritsch’s girlfriend] identified as the victim flagged down a deputy and asked him to call the police, saying she’d been beat up. The deputy told her he was the police and asked what happened.

She said her live-in boyfriend — Pritsch — “punched her in the face because, as they were having sex, she told him, ‘You’re not a man, you’re a mouse,’ in reference to his apparent inability to perform,” the report states.

The woman, who smelled of booze, said he struck her in the back with a sex toy and a cord, but the investigator saw no marks. She had swelling to the left side of her face or jaw.

Meanwhile, Pritsch said he was extremely drunk, but denied striking the victim.

I’m not sure I can muster up an insult more emasculating than being called a rodent. If a girl compared my sexual prowess to Ratatouille, I’d close the door to my garage, roll up the windows on my Kia Optima, turn on the engine, and close my eyes until I faded asleep forever. There’s no bouncing back from that.