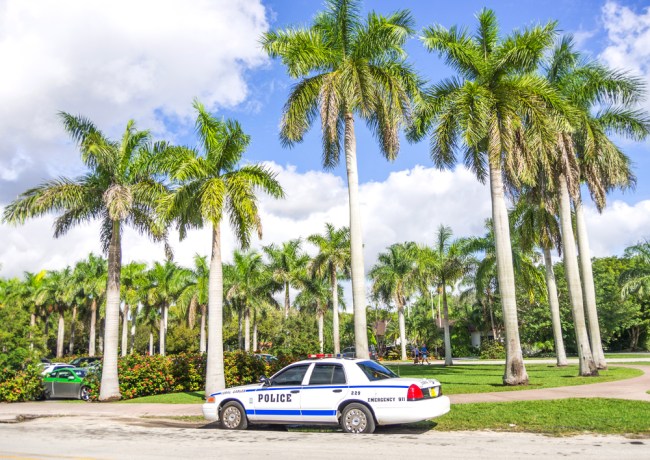 I’ve been slacking on my ‘WTFlorida’ and ‘Florida Man’ coverage lately, bros, and for that, I apologize. I still follow all of the weird ass news coming out of Florida very closely, there just haven’t been any true humdingers lately…until now.

This ‘Florida Woman‘ story has it all: drunk driving, drugs, lies, belligerence, unruly conduct, and outlandish pregnancy claims. This story contains all of the truest elements of WTFlorida news, and I’d be bordering on gross negligence if I didn’t share this arrest story with you bros.

Last week Kate Santana, 29, was driving on U.S. Highway 1 in Vero Beach, Florida when a state trooper saw her plow through a red light without stopping. He flipped on his lights and pulled her over/

When the arresting officer approached the vehicle he immediately recognized an odor of alcohol emanating from the car, and the car was registered to Tyler MacFarland, a male passenger.

From there, things went from 0 to 60 in a heartbeat.

Santana was driving on a suspended license for failure to pay a traffic fine. She was previously arrested on January 18th for cocaine possession.
The trooper noticed that her words were slurred and asked Santana if she had consumed any alcohol beverages recently, which she replied, “I had one beer.”
She agreed to perform some sobriety exercises and complained afterwards that she was pregnant with twins. Then she told the trooper, “It’s nothing to me. I’m still good. I’m from Puerto Rico, I’m good.”
Santana was arrested and transported to the Indian River County Jail. Once there, she didn’t understand why she was arrested and told the trooper that her boyfriend Tyler ate “Coke.” Then she asked the trooper, “Are you stupid?” Santana also said she was once married to a trooper.
When asked if she would submit a breath sample, she said, “Yeah, I’ll take the fu—– test.” But then she changed her mind.
When asked if she understood her rights, she replied, “eat me.” When asked if she wished to answer any questions, “she extended her middle finger” towards the trooper, according to the report. via SebastianDaily 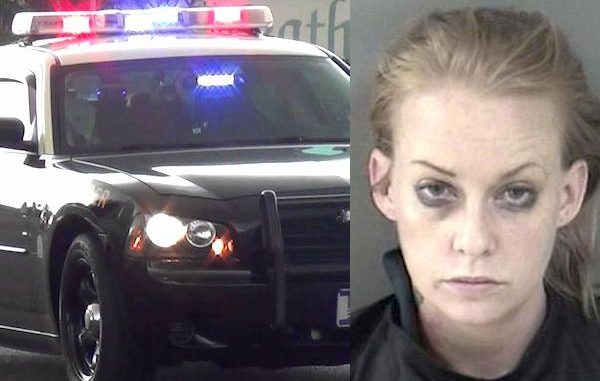 I believe the phrase here is ‘go big, or go home’. When it was all said and done, this woman was charged with Felony Possession Cocaine, Misdemeanor DUI, Operating a vehicle with a suspended/revoked driver’s license, and possession of drug paraphernalia….And thus concludes just another day in the saga of ‘Florida Woman’.

RELATED: Stripper Gives Oral Sex To Man In Florida Courthouse And Then Shares Video Of Brazen Blowie On Twitter