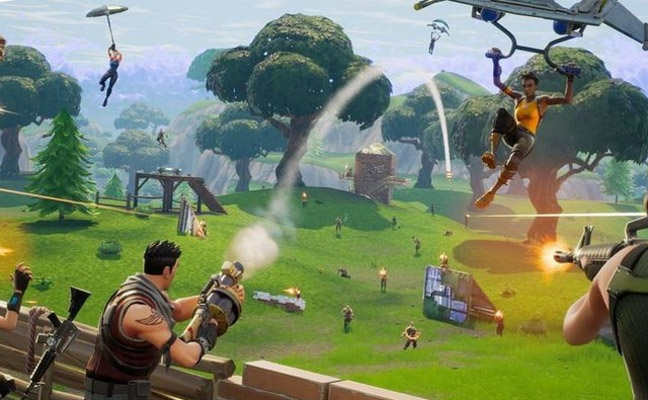 Fortnite arrived on Apple’s iOS in the spring and was an immediate and overwhelming success. The popular video game made $15 million in worldwide revenue on iOS in the first three weeks and earned in $100 million in revenue in the first 90 days. Fortnite has since been released on Nintendo Switch, yet still hasn’t been made available on Android. There might be a very good reason for the game not hitting that platform as of yet and that reason is marketing.

There are widespread reports that Fortnite is being delayed from appearing on the Android platform because Epic Games has apparently promised Samsung an exclusivity deal. Fortnite is said to be available on the Samsung Galaxy Note 9 exclusively for 30 days.

The Samsung Galaxy Note 9 will be unveiled at an “unpacking” event on August 9th in New York City. The Note 9 is expected to be available for pre-orders on August 14th and have a release date of August 24th. That is when you’ll be able to first play Battle Royale on Android according to the rumors or you’ll have to wait until September 23rd-ish to play it on other Android devices.

Epic Games and Samsung sweetened the deal to entice Fortnite gamers to purchase a new Note 9. Mobile gamers who pre-order the Note 9 will have the option to get between $100-$150 worth of V-Bucks and maybe even some skins or wireless AKG headphones for non-gamers. Samsung and Epic Games are allegedly having Twitch Streamer Tyler ‘Ninja’ Blevins help promote the new smartphone. The new Note 9 will have Fortnite pre-loaded on the phone.

Samsung is extremely interested in Fortnite not only because it’s insanely popular right now, but also because the Korean tech company plans to market the Note 9 as a gaming handset. Samsung added a vapor chamber heat pipe for cooling on the phone, the latest Qualcomm Snapdragon 845 chip, a hearty 4,000 mAh battery, and the standard model will come equipped with 128GB of storage and 6GB of RAM. There are rumors that you’ll be able to use the Note’s new and improved S Pen for playing Fortnite. Sadly, the Note 9 won’t have Samsung’s new “unbreakable,” flexible OLED screen, tough enough to be military-grade certified.