Calling All 90’s Babies: I’ve Got Some Really Bad News About Your Butts 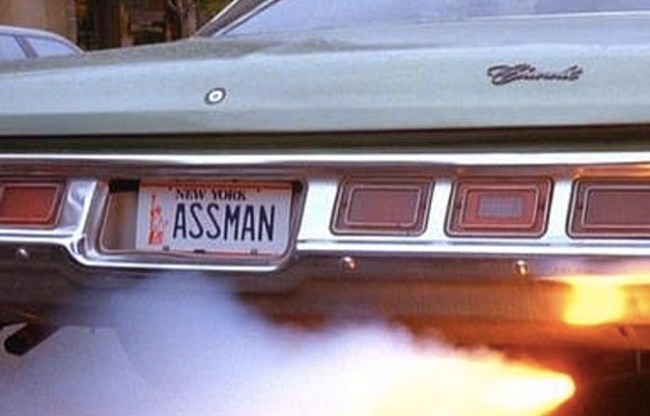 New evidence shows that someone born in 1990 has 4x the risk of rectal cancer and 2x the risk of colon cancer as someone born in several decades earlier (at the same age). Yes, if you were born in the 90’s then your ass is under extreme threat. In fact, research suggests that anyone under the age of 50 is fighting an all-out war against ass cancer.

Siegel also said that the data — which looked at nearly 500,000 cases of colorectal cancer from 1974 to 2013 — do not reveal the reasons behind the increase.
“That’s the billion- or trillion-dollar question,” said Dr. George J. Chang, chief of colorectal surgery at MD Anderson Cancer Center. “Boy, it would be great if we knew.”
Two years ago, Chang made a statistical prediction using the same data: By 2030, roughly one in 10 colon cancers and one in four rectal cancers will be diagnosed in people under 50, the recommended screening age.
“It’s really important to highlight this issue because … young individuals ignore some of the symptoms, and they don’t get worked up,” Chang said.
…
…
…
Though no one knows exactly why colorectal cancers are increasing among the younger age groups, researchers say it’s probably not driven primarily by our genes.
“It would be hard to speculate that we are fundamentally so different genetically between 1950 and today,” Chang said. “What’s really changed more are our environmental exposures, our lifestyles and our behaviors.”
Siegel said the rise of obesity, for example, has closely mirrored the trends in colorectal cancer. Obesity may not be a direct cause of colorectal cancer, Siegel said, though it may share common risks — such as sedentary lifestyles and unhealthy diets.
If obesity were the primary cause, Siegel said, “you wouldn’t expect to see (an increase in colorectal cancer) for 10 or 20 years.” (via CNN)

It’s not all terrible news, though. While the incidence of booty cancer is on the rise for people under 50, and very much so for people born in the 90’s, the mortality rate isn’t actually rising. This means that we’re getting better at fighting back ass cancer when it attacks.

From what I’ve gathered, the biggest concern with younger people contracting butthole cancer is that the disease is often found in the late stages, whereas people 50 and older are more likely to get regular booty screenings to check for cancer. If millennials would just get their butts checked more often we might find that the actual dangers of asshole cancer aren’t increasing.

The entire study is fascinating, though, and I highly encourage you to READ IT HERE to know what the threat of rectal cancer looks like in your life.