Guy Turns Down Vegas Prostitute, Learns Hard Way That Hookers Are Petty After She Leaves Surprise Bomb In Bathroom 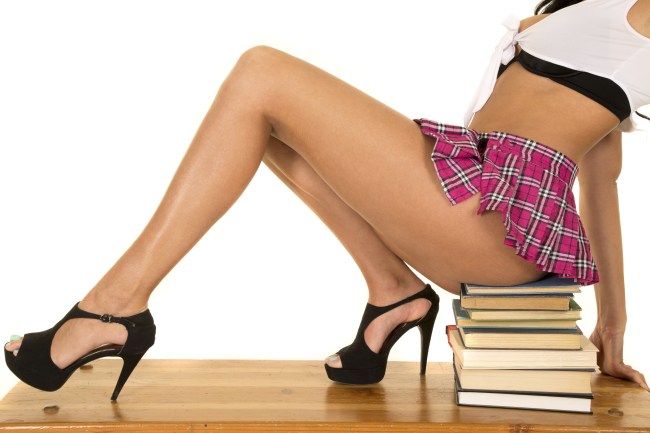 A scorned prostitute is a force to be reckoned with, a fact that Redditor declined_services found out the hard way. Meeting her in a hotel bar, declined_services was initially flattered that a pretty woman had approached him instead of the other way around. Unfortunately that wound up being the peak of his night, as he soon found out that the woman was actually a prostitute and not just a cute lady looking for a conversation.

Cue mentally scarring story about the time a hooker revenge-shat in his hotel bathroom when he said he wasn’t looking to pay for sex:

I was in Las Vegas for work. Not an unusual event for me; in fact so not unusual that I normally come and go without touching a casino table or doing almost anything “Vegas” while I’m there. But I was entertaining others, wound up spending too much time too late at night at the bar, and when I got back to my hotel I made the mistake of sitting down alone for one last drink at one of the bars downstairs on the casino floor.

Sitting and minding my own business, I’m approached by a beautiful brunette who asks if she can sit down next to me and if I have any interest in buying her a drink. She’s pretty enough, and I tell her I’d love to buy her a drink. We get to talking, normal stuff, asking lots about me and what I do, and after about 30 minutes of flirting and laughing and talking and drinking, she asks if I have a room, and if so if I want to go upstairs.
“Fuck yeah, I still have it,” I think to myself. I tell her that “I think that’s a lovely idea,” and we head up to my room.

We get up to my room, and she looks around, walks in and out of the bathroom, then comes over to me and says “it’s $700 for an hour, but don’t worry about the time, I’m not going to rush you and we’re going to have a lot of fun.”

After a quick though as to whether I could afford such a sum, my better judgment came to me, and the blood quickly drained from my second brain as something resembling depression set in. I explained to her that I had completely misread the situation, and that there was no way I could pay her that kind of money.

She was angry at first, telling me that she’d been clear from the beginning, and asking why I changed my mind. After some negotiating downward in price, to which I continued to decline each offer, I handed her fifty bucks from my wallet, apologized for wasting her time, and wished her well. She thanked me for “being a sweetheart” and told me not to apologize, but asked if she could quickly use my bathroom to freshen up before she left. No problem, she uses the toilet, freshens up, kisses me on the cheek and leaves. I go to sleep and wake up to my alarm going off way too early the next morning.

I hit snooze a few times, and finally drag my hung-over butt out of bed to the shower. Where I’m greeted by a very large, very long, very messy, and very-much-not-mine turd sitting on the dry shower floor.

She’d left me a present.

Unfortunately, this is only where my fuck up begins.

Not wanting to touch her shit, I decide to start the shower, point the water over it, and let it wash away until it broke up and ran down the drain. I turn the shower on, start with just cold water in order not to steam up and spread the smell, but then realize that the pressure is better with hot water and crank up the temperature, point it at the turd, close the curtain, and walk away.

Fifteen minutes later, I get a knock on my door. Maintenance is standing outside the room asking if they can help, as water is coming through the ceiling in the bathroom below mine.
Shit. Fuck. What???? Shit shit shit shit shit.

At this point, I have the door closed and haven’t looked, but I quickly tell him that “I’m sorry, the tub overflowed earlier, it’s all taken care of and I mopped up the floor with towels, and I’m very sorry for the inconvenience.” He tells me all is good, and runs off to bring me fresh towels. In the meantime I run into the bathroom where I find half an inch of water on the floor, as the shower curtain was hanging on the wrong side of the tub and the shower for the past 15-20 minutes has been spraying 1/3 of its spray directly onto the bathroom floor.
I quickly shut off the shower, and start mopping up the floor, but wow is this a lot of water. I use up all my towels, and luckily get a knock on the door a minute later with the maintenance man bringing more. A couple more and the floor is in pretty good shape, and I’m all set. Hopefully no charges appear on my bill, no bad damage, big fuckup avoided.

I’m late at this point, though, and need to get showered and out the door. I quickly strip, poke my head in to turn the shower back on, and see that the fucking turd is still there. Now that’s not completely accurate. Probably 2/3 of the turd was still there.

At this point I’m fucked, I’m out of time, and I just need to get on with my life. So I did it. I pushed the turd to the drain with my foot, and slowly but surely broke it up with my toes and got it to go down. I waffle-stomped a hooker’s shit.

I remember now why I don’t usually drink this much.

Welp, that was some story.