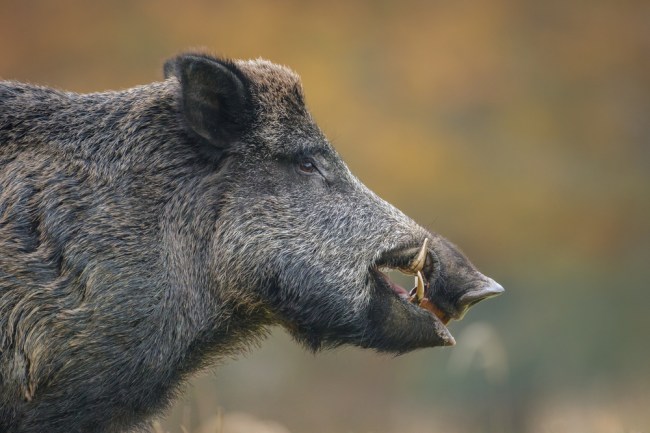 Death by a boar. It’s how Robert Baratheon died on Game of Thrones, and now it’s how three ISIS ambushers died while hiding in the woods from anti-ISIS fighters.

Imagine being taken by surprise from raging wild boars. Those fuckers have incredibly sharp tusks and teeth, and they’re also some of the nastiest, most vile creatures on the planet.

At least eight ISIS fighters had reportedly taken cover among dense reeds in Iraq’s al-Rashad region, about 55 miles southwest of Kirkuk, in preparation for a surprise attack on local anti-ISIS tribesman when a herd of wild boars attacked the jihadists on Sunday, killing three. The militants likely disturbed the notoriously short-tempered animals, said Sheikh Anwar al-Assi, a chief of the local Ubaid tribe and head of the group of local tribesmen who took up arms after ISIS took control of the nearby town of Hawija.
“It is likely their movement disturbed a herd of wild pigs, which inhabit the area as well as the nearby cornfields. The area is dense with reeds, which are good for hiding in,” Assi told The Times. (via Newsweek)

The ‘mutilated bodies’ of the ISIS jihadists were discovered when refugees fleeing nearby fighting happened upon them. I cannot even imagine what that sight would’ve been like. You’re running for your life, escaping ISIS fighters in Hawija, and you stumble upon 3 completely mutilated bodies which have been ravished by wild boars.

It’s being reported that after the incident, ISIS forces in the area began attempting to kill off the local feral boar population. Which, all things considered, is a hilarious use of time for any military force in the world no matter how bush league they are. This legitimately sounds like it could’ve been plot details from some early 1990’s film starring Dolph Lundgren and Jean-Claude Van Damme. They’re off to war but first must take care of the murderous boars…It ends with JCVD killing off all the boars by bleeding one out and painting his in blood like a true commando.