Dude Buys Jar Of Jelly At The Grocery Store, Finds Something Beyond Disgusting Inside 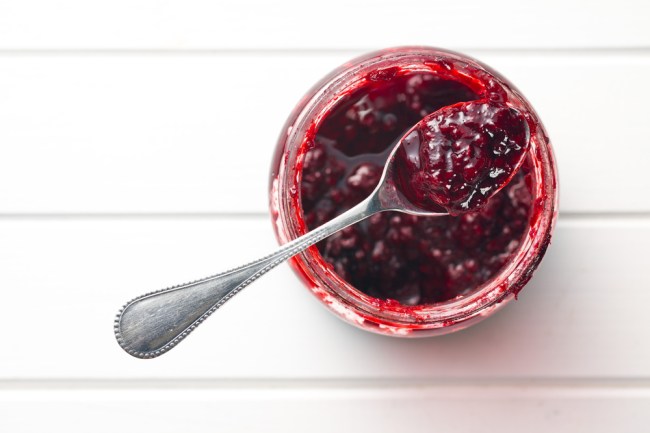 I can’t honestly say I remember purchasing a jar of jelly or jam at any point in my adult life, but if I have, or do in the future, I hope that the only thing inside of the jar is jelly (or jam). The person below wasn’t so luck when trying to purchase a jar of red currant jelly.

When he got home and opened the jar there was a nasty ass condom sitting on top of the jelly: 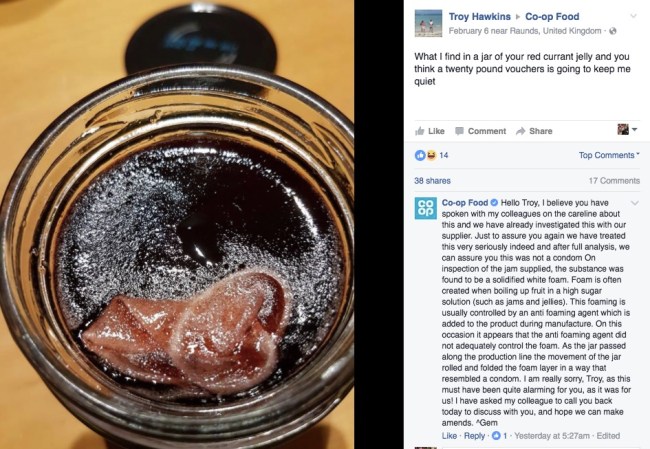 That’s a condom, 100%. Need a closer look? Check out his Facebook post here and zoom on in. What’s funny, though, is the grocery store where this dude purchased the jar of jelly has since popped into his Facebook comments and left the most unbelievable excuse imaginable for this condom not actually being a condom: 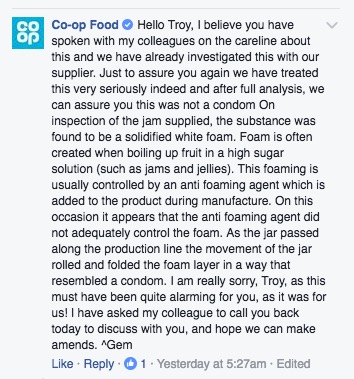 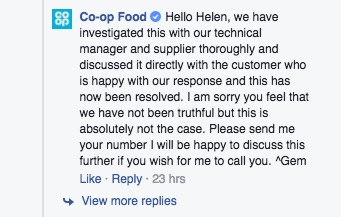 They honestly want people to believe that jar’s full of foam? It’s clearly a fucking condom. You can see the plastic rim around the edge of the condom. On NO PLANET is that foam.