SURPRISE! Leonardo DiCaprio Broke Up With Nina Agdal, Returns To His ‘Posse’ Days 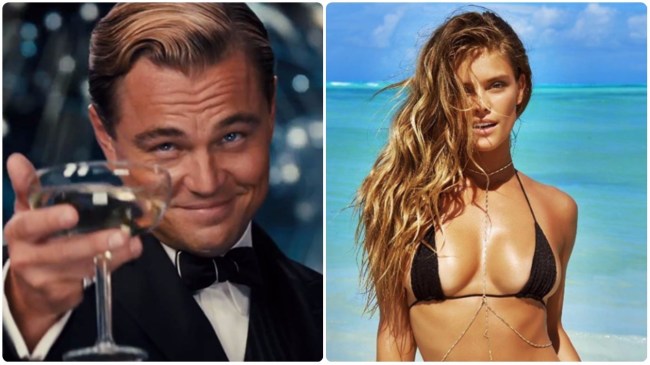 You might want to sit down for this one. What I’m about to tell you may shock you. Are you ready? Leonardo DiCaprio dumped his girlfriend so that he could continue his playboy lifestyle. You’re flabbergasted, I know.

The 42-year-old Oscar-winning actor broke up with his 25-year-old girlfriend Nina Agdal.

“They broke up a couple of days ago,” People magazine reported according to a source close to the couple. “Nina and Leo have parted ways. It is amicable. They remain friends,” the source adds.

Another source close to Leo says “he’s just not ready to take the next step.”

I could be a source close to Leo because I knew that tidbit.

The on-again-off-again lasted a year, but in the end Leo gonna Leo.

DiCaprio is bringing back his old “Pussy Posse” days by reuniting with his boy Tobey Maguire. The two were spotted partying at L.A. hotspots The Peppermint Club and Avenue LA. Leo was seen dancing with model Ella Ross, who was linked to Scott Disick only eight days ago. Maguire is fresh off his divorce from Jennifer Meyer.