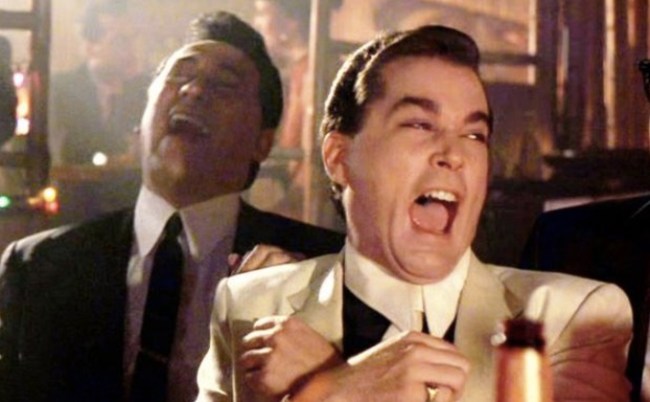 Yesterday the Southern District of New York (just like in Billions!) took down 19 members of the infamous Lucchese crime family, one of the major mafia families still active in America. These 19 members of the organized crime syndicate face charges of racketeering and attempted murder. Amongst those arrested were the Luccheses Family’s Street Boss, Underboss, and Consigliere.

Make no mistake about it, there is NOTHING funny about the crimes these ruthless criminals are accused of committing. However, there is some humor to be found in the nicknames of the 19 Lucchese Crime Family members arrested. A chart of the arrests showed each mafia member’s name and if they had an alias it was listed alongside. Some of these nicknames are fan-fucking-tastic, and straight out of Goodfellas. I couldn’t come up with nicknames that were this stereotypically Mafioso if my life depended on it: 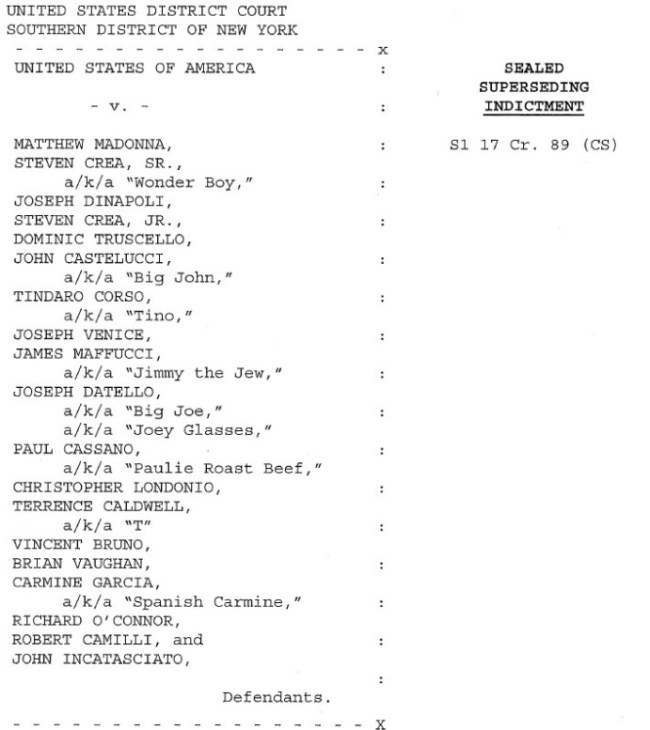 ‘Joey Glasses’ and ‘Paulie Roast Beef’ are the kinds of nicknames that have me wondering if maybe the Baby Boomer generation isn’t so shitty after all. If they were able to make it through life with nicknames like that we need to wonder what else they are capable of beyond bashing millennials and clogging up the job market by not retiring because they’re dumbasses who never planned for retirement.

Something I’m sure we’ll all hear about on the news in the next 48 hours is how the FBI reportedly took down the Lucchese Crime Family after one of their inside associates living in Trump Tower in Manhattan was allegedly overheard ordering a murder.

Just In: Approximately 20 arrested this morning in an organized crime bust. Details to follow.

"Trump Tower resident Robert Hopkins, a Lucchese crime family associate, who was eventually arrested in the Tower for ordering a murder."

NBC News: 19 members of the Luchese crime family arrested & charged federally for crimes – including murder – going back to 2000, docs show.

Yes, that’s a legit allegation. A member of the mafia ordered a murder/hit from inside the building where the now President of the United States of America was previously living…You can’t make this shit up, or can you?