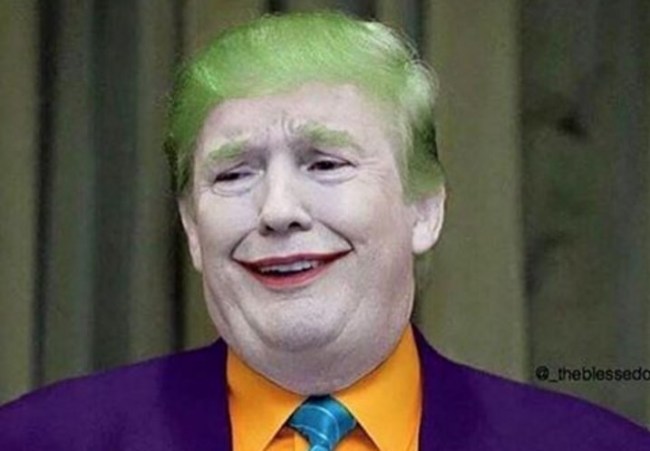 On New Year’s Eve, President-elect Donald J. Trump tweeted out this passive-aggressive message wishing “love” in 2017, but also greetings to his “enemies and those who have fought me and lost so badly they just don’t know what to do.”

Happy New Year to all, including to my many enemies and those who have fought me and lost so badly they just don't know what to do. Love!

Matt Oswalt, who is Patton Oswalt’s brother, noticed the message had a supervillainy vibe.

this sounds like something the Joker would say right before releasing a swarm of killer bees into Gotham https://t.co/SyKsCHvyuh

BILLION DOLLAR IDEA: an App that you can feed every Trump tweet into that plays it back in @HamillHimself Joker voice. You're welcome.

Mark Hamill, who voices the Joker, was up for the challenge of transforming the future President of the United States into the Ace of Knaves.