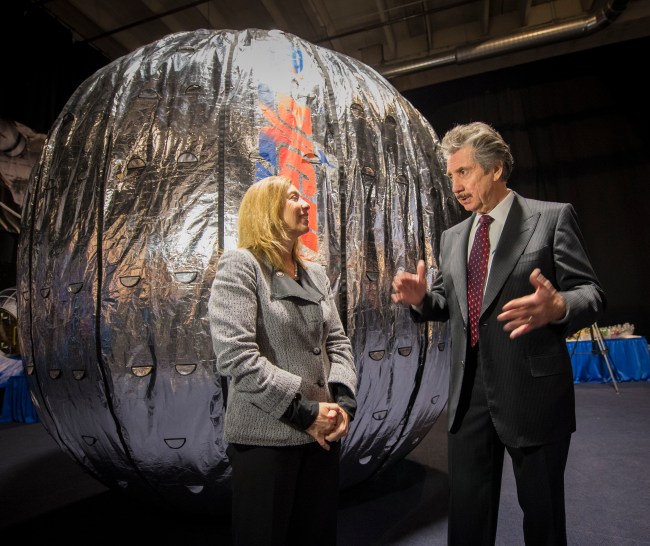 Robert Bigelow is a wildly successful commercial real estate entrepreneur who owns the hotel chain Budget Suites of America. He has an estimated net worth of $1 billion, a fortune he worked tirelessly in the real estate business to acquire only to fund his true passion: space exploration.

Bigelow recounts that at age 12 he “decided that his future lay in space travel, despite his limitations [in mathematics, and] he resolved to choose a career that would make him rich enough that, one day, he could hire the scientific expertise required to launch his own space program. Until then, he would tell no one—not even his wife—about his ultimate goal.”

Bigelow used his wealth to fund Bigelow Aerospace in 1999, which would eventually catch the eye of NASA. In 2013, NASA granted Bigelow a $17.8 million contract to create an expandable space habitat that would be connected to the International Space Station.

Bigelow spoke to Lara Logan of 60 Minutes Sunday to discuss his technologies and the possibilities of extraterrestrial life.

Lara Logan: Do you believe in aliens?

Robert Bigelow: I’m absolutely convinced. That’s all there is to it.

Lara Logan: Do you also believe that UFOs have come to Earth?

Bigelow told Logan that his passion for aliens came after his grandparents had a close encounter with a UFO outside Las Vegas when he was a kid.

“It really sped up and came right into their face and filled up the entire windshield of the car,” he said during the interview. “And it took off at a right angle and shot off into the distance.”

When Logan asked Bigelow if he worries about being perceived as a weirdo, he says he doesn’t care because “it’s not gonna change the reality of what I know.”

Check out a clip of the interview below: