Scientists Might’ve Just Discovered Another Benefit Of Marijuana, One That Benefits In Hunting And Fishing 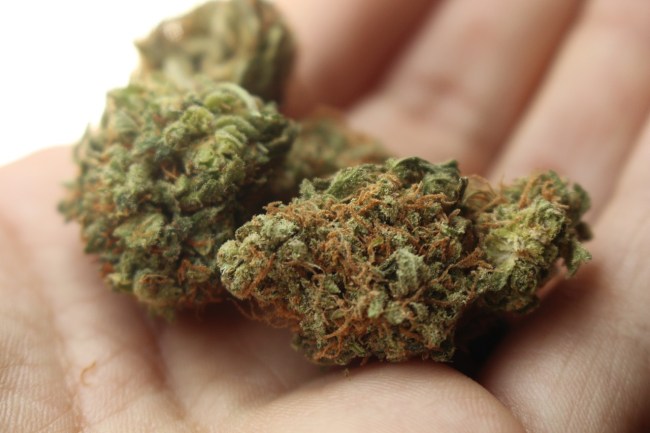 New research has shed light on a previously unknown benefit of cannabis, and it’s something that can benefit people worldwide. The research suggests that cannabis enhances an individual’s night vision, allowing them to see better at night.

This phenomenon was first observed in Jamaica when it was noted that local fisherman would smoke cannabis to help them navigate the coral reefs at night and not run their boats up onto the reef and sink. Observers were totally flabbergasted and baffled by the fishermen’s ability to see at night and suggested that the only conceivable explanation for this was the cannabis. From there the research kicked into place and the findings suggest that smoking cannabis does enhance a person’s night vision….something needed by fishermen and hunters worldwide (and not just recreational hunters, I’m talking about people out in The Bush hunting for dinner to feed the village).

Now, another study provides hard evidence for the claim, revealing a cellular mechanism by which cannabis might improve night vision. The findings, published recently in the open access journal eLife, could eventually be applied to the treatment patients with degenerative eye diseases such as retinitis pigmentosa.
West had suggested that cannabis might improve vision by acting on the eye muscles to dilate the pupils, so that more light falls on the retina, but other experiments ruled this out by showing that marijuana constricts the pupils. It’s also possible that the drug can influence activity in the visual cortex at the back of the brain, but the CB1 receptor protein, which binds the psychoactive ingredient of cannabis, is found at far higher levels in the eye than in the visual cortex, suggesting that any effects the drug has on vision are likely due to its actions on retinal cells.

You can read the new published study IN FULL HERE. Before you do, one thing worth noting is that in the most recent study they used African tadpoles in place of human participants to make the findings less subjective…and now for my rant.

Earlier this year the DEA made the decision to not reclassify marijuana, stating that the evidence of marijuana’s medical benefits isn’t conclusive, which is complete poppycock. The evidence isn’t conclusive because you’ve got HUUUGE pharmaceutical corporations spending billions to keep the public hooked on opioids because that’s how these companies remain profitable, and medical marijuana would free the public from a dependency on opioids and hurt the bottom line.

This isn’t a conspiracy theory, this is a very real war being fought by multi-billion dollar corporations and it’s fucking bullshit. I don’t even smoke weed regularly (almost never), or take edibles more than once every few years. I’m just a staunch supporter of legalization because it’s the right thing to do. Getting the public freed of opioid dependency is a MUST. If you’ve ever known anyone to die from pill addiction, which in my part of Florida it’s almost certain that you know a handful of people who have died from this, then you’re probably right alongside me in believing that weed must be legalized.

I say 1) FUCK the DEA’s findings, 2) vote ‘YES’ on legalization if it is on your state’s ballot this November, and 3) if you are looking for the world’s best/tastiest weed brownies recipe I’ve got you covered!!! Lastly, if you’re thinking about making a trip to the High Times Cannabis Cup this year and/or are curious about what Colorado’s like now that weed has been legalized you can check out my write-up from 4/20 a few years back when marijuana was very first legalized for recreational purposes (it’s also the only time I’ll eve get work to pay for my weed): The State Of Marijuana — A 4/20 Experience In Colorado.

…(h/t The Guardian via ELifeSciences)…