All Hail ‘Pancho’, King Of The Sea Lions And Fattest Sea Creature You’ll Ever See 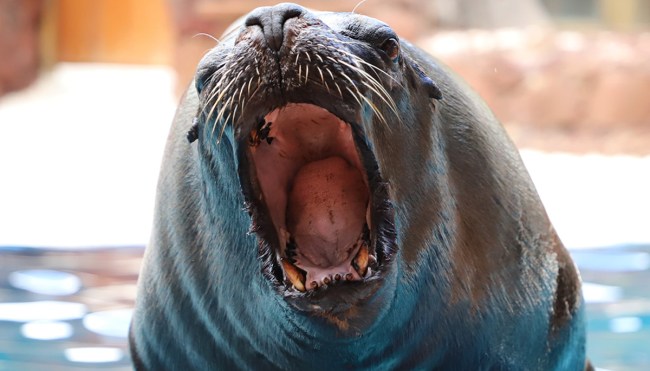 Pancho the Sea Lion is a local legend in Cabo San Lucas, Mexico, one of the top fishing destinations in the world. Cabo San Lucas is home to world-class Striped Marlin, Tuna, and Mahi fishing. It’s also home to a TON of fat sea lions who lounge around near the fishing docks, waiting for fishermen to toss them handouts after returning from sea.

Pancho, King of the Sea Lions, thought he’d take some initiative and avoid any competition for scraps at the docks hop right onto the back of a boat. The tactic actually worked. Pancho, First of His Name, Lord of all Sea Woofers, was treated to a free meal while catching a ride on the back of a charter fishing boat while the guests and crew looked on, gawking at the largest sea lion known to man:

If the name Pancho rings a bell that’s because he is the same sea lion that’s rumored to be behind this all time great video. In it, Pancho pops up out of nowhere and steals a fish:

According to Grind TV, this isn’t irregular behavior from Pancho. He is apparently known for hopping onto the transoms of boats all over the Cabo region while wooing fishermen and boaters into tossing him some fish. Based on my YouTube search of ‘Pancho the Sea Lion’ it appears that he’s been growing exponentially over the years with all the handouts from fishermen.

I’ve never been fortunate enough to go fishing in Cabo, not yet. I have only ever made it to the Mexican peninsula for drinking and partying, which is great, but I’m definitely looking to do some fishing there in the next year or two. If any of you bros out there have suggestions on the best Striped Marlin captains in the region please to drop me a line on Twitter at @casspa, or you can leave a comment below!