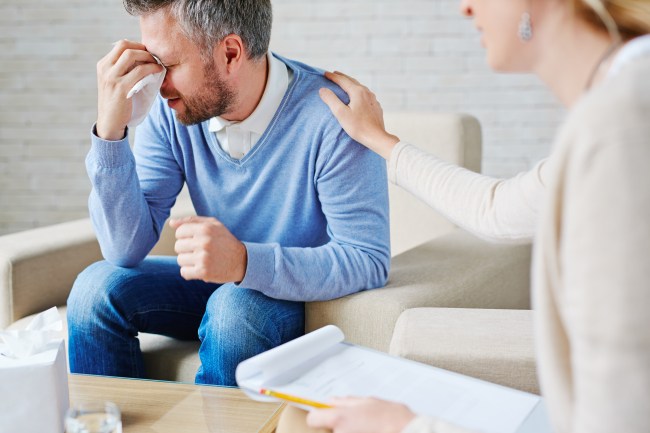 Breakups are brutal not just because you’re throwing away everything you and your partner have built, but because it forces vulnerable self-introspection in a way that many people (especially men) aren’t used to. Often times we think about how we failed the other person or how stupid we are for being tricked into feeling things for someone who never deserved it. Point is, break ups are a huge mind-fuck and sometimes we need to feel like we need to win the breakup to salvage some misguided notion that we’re not worthless slugs incapable of love. This power grab can make for some highly entertaining confessions and hurtful truths. Redditor gobigred3562 posed the question: What’s the cruelest thing someone said to you as one of you was being dumped?

The responses are glorious.

Your brother is better in bed.

She’d been cheating on me. Yes, with him.

Good ol’ brotherly love. This would kill me.

“I didn’t fuck her, she just blew me a few times.”

Let this be a warning to all girlfriends: Don’t stop blowjobbing.

“I don’t know why you actually thought we were going to get married. I’m only 26.”

Uh, motherfucker, because you fucking proposed to me.

This dude treated a marriage proposal like running into an acquaintance from high school and saying “Wanna grab a beer some time?”

In early college (2004-5) I had a friend who broke up with his girlfriend by changing his AIM away message to “Found out I’m John Conner. Off to fight the machines. Previous social commitments are on hold, unless otherwise notified”. He then just stopped talking to his girlfriend.

That was pretty cruel, I think.

A man must never ignore his responsibilities.

He started telling me the details of his cheating.

Originally he told me it was a drunken mistake and he was completely blacked out. After I dumped him he told me the truth.

He said it wasn’t one night, it was two. They fucked 13 times, and the first time he called her by my name. He said she was better than me in every way.

That had me really fucked up for a while, which was his intention.

Jesus dude, chill with pissing on the poor chick’s grave.

I’m really sorry, but I only had to date you for a week.

She lost a bet on a football game. That shit fucked up my self esteem for the rest of my time in school.

No amount of therapy could help me overcome this humiliation.

“If you weren’t losing your hair I’d find you attractive. I just can’t be with a bald man. What would people say”

She said this to me when I was 20 at an Applebee’s and still wanted me to pay for dinner.

“This isn’t going to work out. You have baggage now.” His response when I called him from the hospital after my father passed away.

This is a tough one to believe.

This was actually a few days ago with my “wife.”

We have had an open relationship. I wanted to dedicate to her again, she proposed the opposite. I am a big boy, I can handle that. She went back to her abusive ways and I decided to finally start dating again. She is bipolar to start with, but one date made her lose her shit. She told me to kill myself… Two words. Enough to destroy a soul..