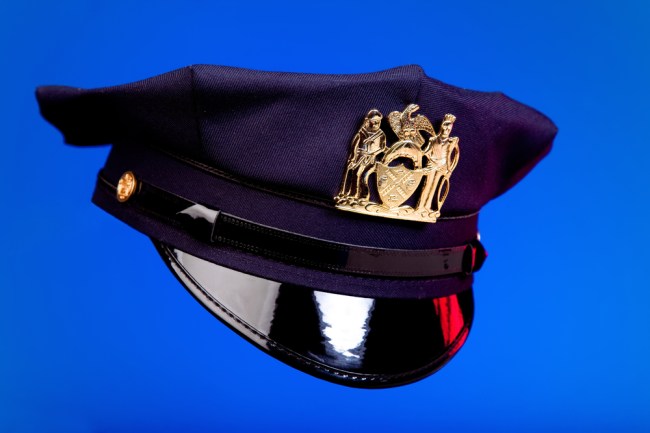 It’s hard to kick a nickname given to you by a superior. Whether it’s a coach, teacher, commanding officer…if they give you a nickname in front of your peers then that shit is going stick forever. Such is the case with this bro who was training at the police academy when he found his stomach all twisted up the morning after crushing some mango habanero wings at Buffalo Wild Wings.

This story should be a cautionary tale to anyone who wears a uniform. ALWAYS respect the uniform, especially when the slightest mistake can lead to the shittiest nickname for the rest of your career (via TIFU):

Been in the academy 3 months, we have to wear baseball caps that say “POLICE ACADEMY” on them whenever we are outside. When we go inside we tuck the caps into the back of our pants to hold them. I ate mango habanero wings at BDubs last night and had explosive diarrhea this morning so I decided to poop before going into class.
Went to the stall, pulled my pants down and spewed lava for 20 minutes. When I was done I stood up, turned around to flush and noticed something under all the shit. Then noticed the words “POL”, was confused for a good 30 seconds before it hit me.
Drill instructor yelled at me for being outside without a cover, asked me why, and instead of the usual “no excuse sir”, I told him. He laughed for 5 minutes, first time I’ve ever seen him smile. He gave me a new cover and told all the other instructors who now call me “shit head”.
TLDR: dropped hat in toilet without noticing, explosive diarrhea, drill instructors call me shit head now.

Poor guy. His stomach betrays him once, his hat falls into the shitter, and next thing he knows he’ll be going through life on the force known as ‘shit head’ forever and ever.

We’ve all been hit with diarrhea at some point in our lives, some of us more than others, and this bro just so happened to get struck with the bubble guts at the worst possible time…I feel for him.