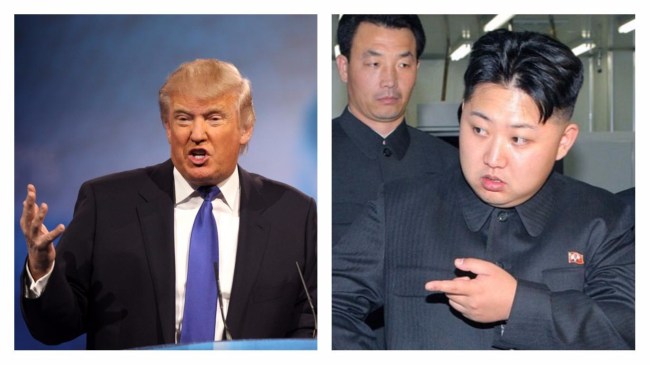 “There is a chance that we could end up having a major, major conflict with North Korea. Absolutely,” President Trump told Reuters.

#Trump (04/27/2017): "Well, there's a chance that we could end up having a major, major conflict with North Korea. Absolutely." pic.twitter.com/WoNZn8Byif

In the interview in the Oval Office, the President did say that he would much rather resolve the tense situation peacefully.

Secretary of State Rex Tillerson spoke at the United Nations and warned that North Korea poses a “catastrophic” threat to the region and called on the U.N. to implement sanctions, suspend or downgrade diplomatic relations with Pyongyang.

“Failing to act now on the most pressing security issue in the world may bring catastrophic consequences,” Tillerson said at a meeting of the U.N. Security Council. “Additional patience will only mean acceptance of a nuclear North Korea. The more we bide our time, the sooner we will run out of it.”

“Business, as usual, is not an option,” Tillerson stated.

Another important figure is also forewarning of possibly cataclysmic events transpiring in North Korea. Harry B. Harris Jr., the Navy’s top officer in the Pacific, said the North Korea situation is dire.

“There is some doubt within the intelligence community whether Kim Jong Un has that capability today or whether he will soon, but I have to assume he has it, the capability is real, and that he’s moving towards it,” Harris Harris told the Senate Armed Services Committee.

Harris, who graduated from the U.S. Naval Academy in 1978 and has been serving the country ever since, said North Korea is serious about nuclear war and the United States, South Korea and Australia are all potential targets.

“Kim Jong Un is making progress and all nations need to take this seriously because their missiles point in all directions,” said Harris.

The Admiral emphasized de-escalation and working to get Kim Jong Un to step down.

The U.S. missile defense system, the Terminal High-Altitude Area Defense system (THAAD), is being installed in South Korea right now. President Trump suggested that South Korea pay for the $1 billion THAAD anti-ballistic missile systems that are currently being set up in their country.

There are approximately 28,500 U.S. military personnel serving in South Korea.