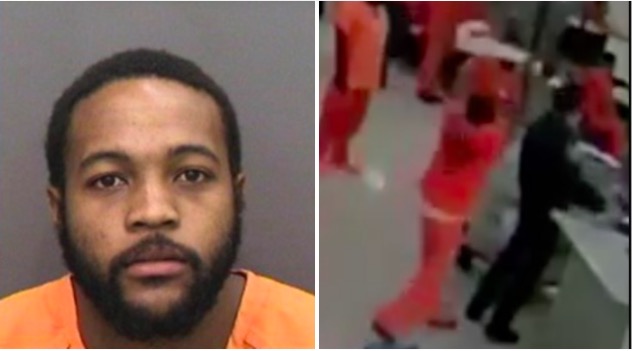 There is no greater strategical fuck up in prison than attacking an officer. Those dudes literally control when and if you eat, shit, or see the sun. They are literally the hand that feeds you and biting that hand will only earn you a knight stick to the back of the head and a single piece of bologna for dinner.

Kiondre Zachery knows this all too clear now. The 22-year-old prisoner in Tampa, Florida’s Falkenburg Road Jail was initially locked up for burglary, but will now have the serious charge of aggravated battery on a law enforcement officer piled on after he attacked a guard and tried to strangle him with a towel.

Deputy D. Hernandez had only been working at the prison for 10 months and had previously been slashed in the face by an inmate with a sharp object. In the latest attack, Kiondre Zachery tried strangling the 31-year-old guard, completely unprovoked. Hernandez was able to wiggle out of the chokehold and wrestled Zachery to the ground before a group of inmates came to the deputy’s aid.

Deputy Hernandez suffered a twisted ankle, bruised knee and abrasions to his neck from the attack.