Have you heard of the Sentinelese tribe, bro? No, of course you haven’t. That’s because they may very well be the last humans left on the planet who remain totally isolated from modern civilization.

The Sentinelese, who are thought to be direct descendants from the first humans who emerged from Africa, are located on North Sentinel Island in the Indian Ocean have inhabited a land mass the size of Manhattan for 60,000 years. Although it’s nearly impossible to guess how many humans live on it, experts guess somewhere between 40 and 500, according to Daily Mail.

Rare footage has been compiled of the few times outsiders have tried to contact them since the 1960s. They have historically been so hostile toward outsiders that Indian authorities have made it a crime to try to make contact with the Sentinelese. It is illegal to go within three miles of the island.

Two fisherman were slaughtered by the Sentinelese in 2006 for drawing too close, and tribesman have been known to fire arrows and fling rocks at low-flying planes or helicopters on reconnaissance missions.

‘It doesn’t matter whether you are a friend or enemy, whether you arrived on purpose or by accident, the locals will greet you the same way with spears and arrows,’ the narrator states.

‘Gifts of food and clothing are of no importance to them.’ 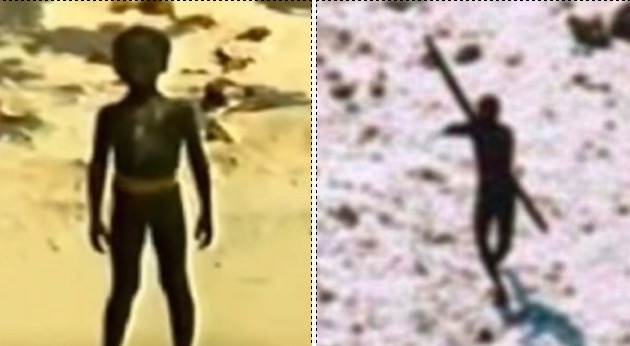 Following a 2004 tsunami that drilled several regions of the Indian Ocean, the Sentinelese not only resisted aid, they immediately became hostile with perceived intruders.

…helicopters from the Indian Coast Guard were sent to help the Sentinelese and drop food parcels. One of the tribesmen responded by firing an arrow at the rescue team.

In 1967, the Indian government begun making attempts to contact the Sentinelese, leaving the tribe gifts and trying to signal to them.

‘Sometimes they would turn their backs to us and sit on their haunches as if to defecate,’ anthropologist T.N. Pandit remarked of his mission. 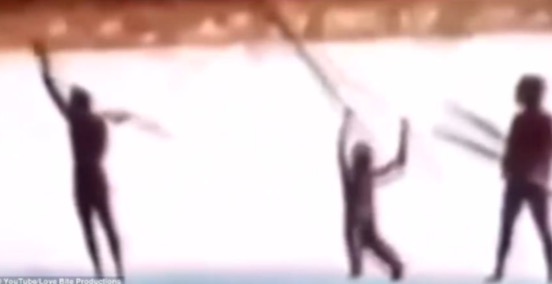 In March 1970, Pandit’s group found themselves cornered in their boats after coming too close to shore. What happened next is bizarre, to say the least.

‘They all began shouting some incomprehensible words. We shouted back and gestured to indicate that we wanted to be friends.

‘The tension did not ease. At this moment, a strange thing happened — a woman paired off with a warrior and sat on the sand in a passionate embrace. This act was being repeated by other women, each claiming a warrior for herself, a sort of community mating, as it were. Thus did the militant group diminish.’

You bros think they got a Starbucks in this bitch? Maybe an extra iPhone charger? I’m low on juice. I would ask, but I don’t want to get an arrow through my skull.